Dehradun: Uttarakhand statehood day was celebrated with much fanfare on Sunday, and there were big advertisements in the regional and other newspapers making tall claims of the achievement made in the last 14 years, that the state came into being, whereas on ground reality things have only deteriorated with every passing year, much to the chagrin of the aam aadmi. 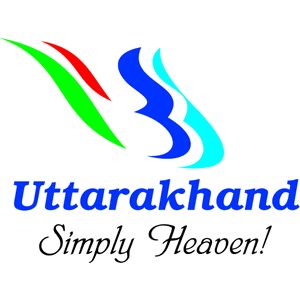 And it is not only the aam aadmi who is bickering at the sad state of affairs, along with the statehood agitationists who braved bullets, lathi and vagaries of inclement weather in this small mountain state to achieve their target, but quite a large portion of the intelligentsia also, who feel that things could have been much better with an able leadership with a vision and an accountable bureaucracy.

Mind you it is not only the aam aadmi who is voicing concern, even people at prominent places and who have the position to change things for the better admit that conditions are not as they should have been. The question is why have they not been using their official position to make the government work for the better, rather than making statements on the dismal existing affairs.

Uttarakhand Governor, Aziz Quereshi at a police function at the police lines on Sunday said that even after 14 years, Uttarakhand is crying for basic development at the grass root level and appealed to the politicians to forget their petty differences and squabbles at least for the development of the state as making politics a battle zone will benefit no one.

Expressing comncern at the mass migration taking place from villages in the areas bordering Nepal and China, he warned that should the migration continue at the present rate, the villages will soon be deserted and neigbouring countries can hoist their flags in the region. “Not only the government, but the opposition should also work in this direction and strive to stop the large scale migration that is taking place”, he added.

Even chief minister Harish Rawat said that the developmental gap between the hill regions and plains of the state had widened over the last 14 years, which was a matter of concern. “There are a lot of challenges before the state and we are working in the direction of trying to resolve them and hopefully the efforts that are being put in today will bear fruit in the next one and half to two years”, he claimed.

Finance minister Indira Hridayesh, who not only holds the number two position in the Harish Rawat government, but also held important position and portfolios during the earlier Congress government headed by Narain Dutt Tewari, minced no words and said that successive state governments since the formation of Uttarakhand in 2000 had not lived up to the expectations of the masses.

“Various exhibitions organised by government departments and NGOs showcase their plans well but do not do any thing at the grass root level”, she claimed but hastened to add that in the last 14 years the state had witnessed development, but a lot more needed to be done.

Time and again from the vidhan speaker, Govind Singh Kunjwal to the other ministers in the Rawat cabinet, there have been various statements voicing concern at the lack of developmental works in the state because of which the people of this small mountain state are a disillusioned lot. And though these ministers and other importatnt people are in a position to bring about the much-needed change, nothing has change all these years.