Organizers were hopeful the 16th Raid would resume tomorrow after the vehicles and rally marshals were rescued from the snow zone by putting on snow chains on the tyres.

The Raid’s competitive sections for the day had to be abandoned because of snow encountered while crossing over the 4500 meter high Kunzum Pass,” said Manjeev Bhalla, spokesman for Himalayan Motorsport Association that conducts the event.

“The 11 Km uphill track from Losar Kunzum pass in Spiti valley and the subsequent 17 Km downhill stretch to Batal in Chandra valley of Lahaul had become too difficult to negotiate under snow conditions,” said Bhalla.

The Xtreme version of the Raid has moved on to Gramfu and Chhatru and was headed for a night halt at Sarchu in an army camp. 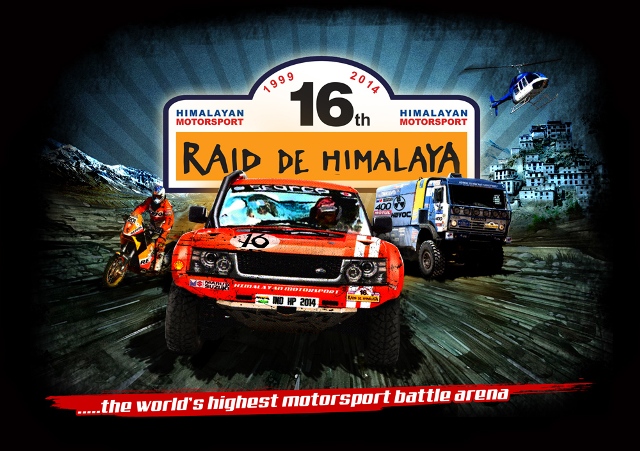 Of the 41 teams in 4 wheel vehicles that had set out from Shimla, four days ago, competing in the high speed, high risk Xtreme category of the event 14 have dropped by the wayside, leaving 27 in the fray.

In the Raid Xtreme (Motorcycles) category, only 16 of the total 28 bikers are left in the fray.

The Raid Adventure discipline that follows a Time-Speed-Distance rally format had 41 teams of the 51 teams that entered the event left in the fray after end of Day Four.

The Raid was expected to hit snow tracks again at Sarchu.

“Snowfall is expected at Sarchu. But we are hopeful that the Raid will run on Day Five and Day Six as per schedule,” said Manohar Bhat, a senior manager for Maruti Suzuki, the main sponsor for the event.

In the year 2007, a heavy snowfall has ground the Raid to a halt at Patseo and the scheduled route was cancelled.

Though the Maruti executive was hopeful about the Raid proceeding according to schedule on Day Five and Day Six but there being no phone or internet connectivity at Sarchu, Vijay Parmar, president Himalayan Motorsport Association and main organizer of the event was not reachable, despite several attempts.

Results at end of Day Four till late evening were still to be released, but at end of Day Three Suresh Rana, driving a Grand Vitara for Team Maruti, was leading the Raid Xtreme (4X4) with a time-score of 4.26.06 hours.

On its route the Raid De Himalaya crosses some of the highest mountain passes in the world including Baralacha La and Shingo La before ending at Manali on October 10. The Raid was flagged off from Shimla on October 5.

The adventure this year also has Sohail Khan, brother of actor Salman Khan participating in the Raid Adventure, which is a milder form of the Xtreme version.