Manali: Police here were able to track down a 19 year old girl as the mother of a new born girl child who two day ago was found abandoned in drain.

Two days ago, residents of a neighbourhood woke up to cries of an infant who was found wrapped in clothes. She was rushed to a private hospital, where doctors were able to save her from the overnight exposure to cold that the infant has suffered.

“The infant is healthy and out of danger,” said Dr R Christopher, administrative officer of the private hospital. 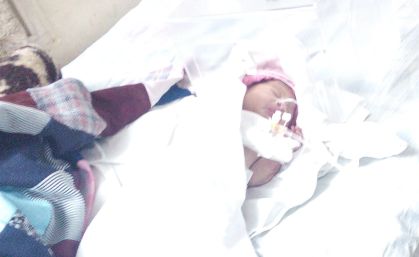 Investigations led by deputy superintendent of police Puran Chand Thukral found out that birth of the baby had taken place in rented room in Manali locality before the family abandoned the child by the side of a pathway, adjacent to their house.

To ward of queries, mother and step father of the 19 year old unmarried girl also joined the crowd that had gathered in the morning on hearing the sound of a baby crying in the vicinity.

The girl who bore the child is said to be from Jharkhand and her mother is married to a Nepali man after the death of her first Jharkhandi husband and is now living in Manali.

Though the police were able to trace the mother of the abandoned baby but she has not been interrogated yet as she was being treated in hospital.

“A case under section 317 of IPC Act has been registered and we are trying to trace the father of the child,” said Thukral.

The infant would be sent to a children home after treatment,” said Vinay Dhiman, the Manali sub-division magistrate. He added, “Many people have contacted us, expressing a desire to adopt the girl child. Those wanting to do so could adopt her after fulfilling all child adoption conditionality’s as codified under the law.”