Shimla: Himachal Transport minister GS Bali expressed his opposition to removing some important provisions in the Motor Vehicles Act at a discussion of the National Road Safety Council held at Delhi where the discussion to overhaul it with the new proposed Road Transport and Road Safety Bill 2014 was held.

The minister pointed out that the drastic change of removing Chapter-6 from the main Act would not be in the interest of special category hill states like Himachal Pradesh that are solely dependent upon road transport for movement of people and many essential services. 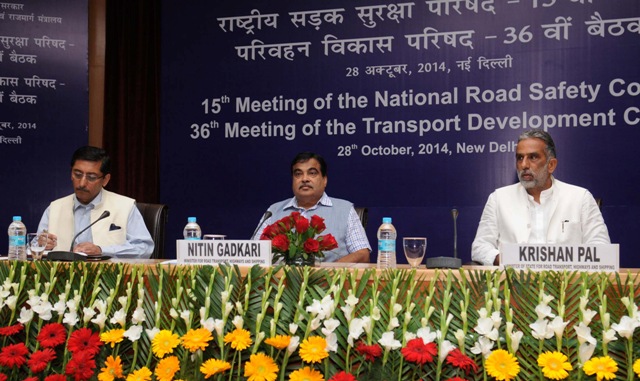 At the meeting presided over by Nitin Gadkari, union minister for road transport and highways Bali said, “Chapter-6 of the Motor Vehicles Act should not be removed as consumption of transport services was essential for certain categories and overall interest of development and poverty alleviation.

He added “no private operator would ever come forward to providing free travel facility to school children that has been introduced to reduce the dropout rate; and no private public carrier would provide concessional travel facilities to college and university students and to some other weaker sections of the society.”

Though he welcomed the participation of private sector in passenger transport service, the minister however pointed out that there was a role for PSU’s in transport as the state had experienced that private sector mostly operated in urban areas whereas in interior areas, where the passenger traffic is low, there generally were no takers.

Special provisions relating to State Road Transport Undertakings had been removed by creating the Omni bus provision of passenger transport vehicles (clubbing the stage carriage and contract carriage vehicles) which might be very difficult to implement, he said.

He added that it was also drastic to wipe out the provision containing conductor’s license in the old Act as it would also remove the need and position of the conductor in the transport operation.

Reacting on the removal of qualification of drivers from the draft bill, the minister said it also had serious implications in terms of road safety as with the introduction of latest technological developments in the automobile manufacturing, the skill requirement of a driver especially of a transport vehicle had increase manifold.

He demanded for clearly specifying the detailed procedure of accident investigation adding that multiple factors involved in an accident, namely the driver, the vehicle, road, passenger and the weather conditions should be taken in to consideration during the investigation into any accident. He said handing over this task to a police inspector may not satisfy the requirement of a thorough investigation.

He also stressed that there was need to make a clear provisions mandating revision of tariff rates on increase of diesel and other input prices.

Bali also mooted the need for bringing road management under the purview of Motor Vehicles Act as it was totally out of any legislative control.

While appreciating the efforts of the Union Transport Ministry for redrafting the entire Motor Vehicles Act and bringing road safety into the mainstream, he said this Act had become redundant keeping in view the technological developments and the market scenario.