Narendra Modi led BJP won a thumping majority in the May 2014 general elections, sweeping away political parties across the ideological spectrum. BJP’s rivals pitted the elections as a fight against communalism and projected the party as an evil force hell bent on destroying the secular ethos of the country. Modi and BJP played it simple. Instead of generating paranoia against any particular community or political party they addressed the aspirations of millions of Indians who were frustrated with the slow pace of development and policy paralysis plaguing the country. The cleverly penned down slogan of sabka saath sabka vikas transgressed the barriers of caste, religion, and divisiveness. The slogan along with BJP’s promise of creating new jobs, reducing inflation, improving infrastructure and removing bottlenecks in vital sectors such as power, coal, railways, environment etc caught the imagination of the entire country. The people rewarded the party by handing them their first ever majority in parliament. 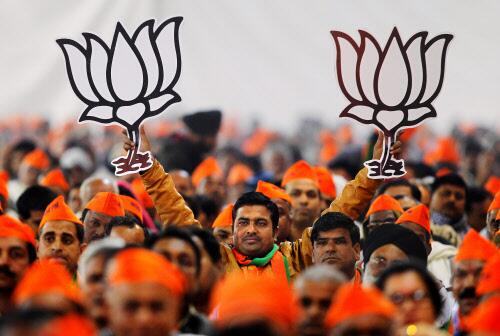 Four months down the line, the by election results in 33 assembly constituencies especially 11 in the state of Uttar Pradesh give the impression that the BJP is losing the plot. The below par performance in these elections may be attributed to voter as well as party workers  fatigue due to back to back elections, however there are certain issues the party must address to achieve its goal of becoming a pan national party representing Indians of all creed.

In its election strategy for the state of Uttar Pradesh the party dumped the plank of development on which it was voted to power in the centre. The leaders while campaigning in the assembly constituencies failed to highlight the dismal administration being provided by the Samajwadi Party government. There was little or no mention of lack of power, failing law and order, rising unemployment and cronyism under the present government. Instead the BJP like other parties succumbed to caste and communal politics and their entire campaign focused on issues such as love jihad.

At the centre of their campaign were leaders like Yogi Adityanath, Sakshi Maharaj and Laxmikant Bajpai who instead of targeting the incumbent government for its shortcomings and addressing the aspirations of the people of UP took up issues of inter faith marriages, delinquency of other faiths other than Hinduism which in no way gave the people hope that a change in leadership will bring about improvement in their lives. A party which the people perceived to be a catalyst of change from the rut of caste and communal politics failed the electorate when it itself drifted from the developmental agenda. 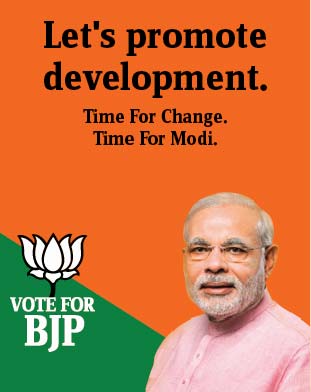 The BJP in the current by election did manage to break its long isolation from the politics of West Bengal by winning one of the two assembly seats and securing a respectable second in the other. The campaign in West Bengal totally focused on the miserable governance of the TMC government and its involvement in the multi crore Saradha scam. The matters which the party took up in West Bengal were close to the heart of the people and it managed to strike a chord with the electorate who felt that the party provided a reliable substitute to the left dominated politics of the communists and the Trinamool Congress. The success in West Bengal must serve as a lesson to the party and its leaders that the ideals of development and good governance must be at the core of its campaign.

The by election also saw the absence of the BJPs star campaigner Narendra Modi though the party president Amit Shah did campaign in West Bengal. During the general elections the party focused its entire campaign around Mr Modi as a result of which he went on to become a phenomena which overshadowed the personality of other leaders. The strategy proved to be a success at the national stage but Indian politics is too diverse for a personality cult to strive when local issues are involved as is the case during assembly elections. In an assembly election the people are more concerned with local issues. They generally prefer a leader from their own area, well versed with socio-political constraints of the constituency as they believe that if such a person is in charge he will be more capable to address their issues. The party in its campaign in UP skirted away from local constituency issues. There was internal squabbling on ticket distribution and they again tried to focus the campaign around one individual that is in this case the staunch hindu nationalist Yogi Adityanath.

The BJP currently enjoys a pivotal position in Indian politics. After a long time one party has been given an outstanding majority. The next five years will prove to be a critical juncture for the party. In order to sustain itself as the central player in Indian politics it must diminish its dependency on the personality of individual leaders. The party must strengthen its internal organizational structure and give space to local leaders. For another Vajpayee or Modi to emerge the party must adopt a libertarian outlook towards its local leaders and give them the freedom to operate. Leaders like Shivraj Singh Chauhan and Raman Singh have performed because of the freedom accorded to them by the party and the states of MP and Chattisgarh have repeated successive BJP Governments. It must also keep in check the traditionalist forces operating within the party hierarchy, who have failed to move on with time and prevent them from hijacking the objective of development and good governance, the principles on which the party was voted to power.