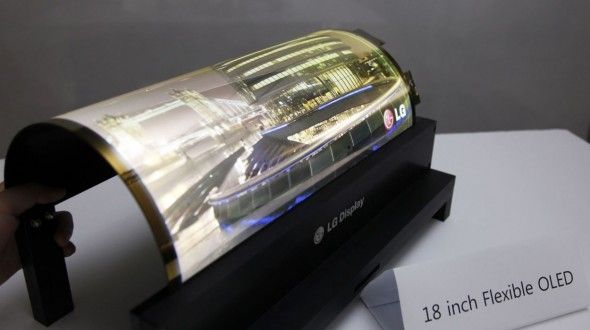 The door to collapsible portable movie screens and digital newspapers has just been opened by the LG. The 18 inch OLED panel can actually be rolled up into a tube that has a diameter of 3 cm.

The hottest innovations in TV today are curved screens with resolutions in 4K. But if LG is to be believed the TV of the future is all set to be transparent and flexible. Watch the next two videos to understand better about where we are headed.

In the first we see an 18inch screen that is actually capable of being folded both forwards and backwards, while a video is running on it. The super flexibility of a polyimide film has made this feat possible. Although watching James Bond on a folded TV will not be so much fun, but the advancement promises to make big TV viewing possible in awkward places. Or it can called the coolest party trick, in town.

The images sure are sharp and vivid, just going to prove that LG tech is not a gimmick. The screen of the second OLED panel is completely semi transparent. In other words depending on what is being displayed the viewer can also see what is happening behind the panel. Quite surprisingly the transmittance has gone upto 30 percent and the haze has come down to almost 2 percent. This could be that TV, which allows viewing of your favorite painting on the wall, both when in and not in use. 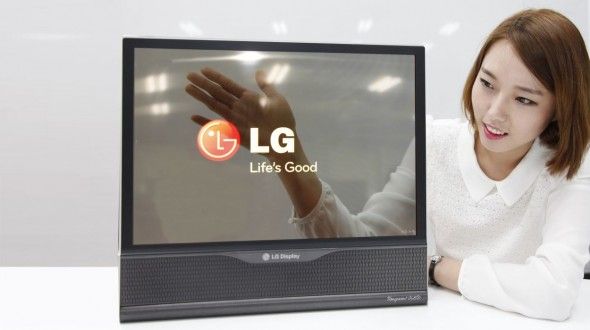 The resolution needs to we worked upon, although for now a 1280×810 is apt for handling a 720p HD output. Consumers are eagerly awaiting the 60 inch version, that is expected to hit the markets in 2017. This could mean that laptops with pull out screens, packed in compact chassis are not far now.