New Delhi - From being the centre of Mughal culture, British imperialism and old world gentility it has now become some kind of smorgasbord of the worst qualities of its neighbouring states, the arrogance of power, the corrupting influence of money, and the unruliness of millions of migrants who have no stakes in the city.

I retired from the government in 2010 after having rendered 35 years of dubious service to the public, and settled down in a cottage in the midst of thick forests near Mashobra, about twenty kilometers from Shimla.

This area being even colder than Shimla I had no T shirts, so when I had to suddenly move to a different kind of jungle called New Delhi I was (what would today be described as) sartorially challenged.

My younger son gifted me a T shirt: it had a picture of an intense looking honey badger on the chest with the caption in bold letters: DON’T GIVE A SHIT!

Now, honey badgers belong to the raccoon family and are about the same size. 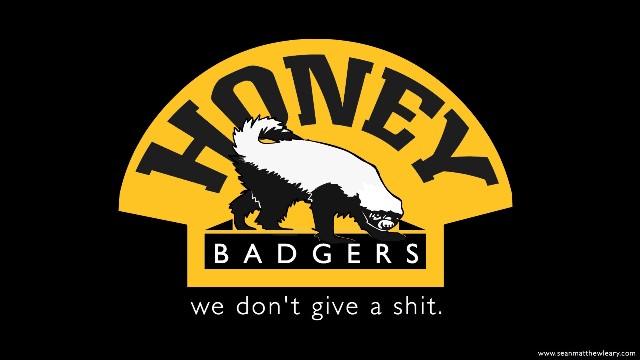 They are utterly fearless and have been known to make even leopards back off: they will eat anything and can consume twenty five percent of their body weight at one sitting; no sensible animal will tangle with a honey badger, at least not a second time!

Therefore the caption on the T shirt was spot on – the honey badger doesn’t give a shit about anyone or anything. In short, it has an ATTITUDE.

Thirty five years in government had made one cautious and conservative in expression: bureaucrats never call a shit – ‘shit’, we leave that to the armed forces.

Therefore, I was a bit non-pulsed with the T shirt’s assertive caption and, hoping that the courage to wear it would devolve in the fullness of time, I locked it away along with my Aam Aadmi cap and the faded photo of myself as the seventh dwarf in a rendition of Snowwhite and the Seven Dwarfs we had put up in nursery school many decades ago.

You get the drift: all three were meaningful objects, but required a certain boldness, a nonchalance, a sangfroid to be able to exhibit in public, which I lacked.

However, you can lock away a honey badger T shirt (or an Aam Aadmi cap) but you can’t forget it. So the longer I stayed in Delhi, the more it weighed on my mind.

There was a niggling feeling at the back of my  medulla oblongata that I was missing something, that there was some message embedded in the badger’s attitude, a De Vinci type of code, if you will.

Try as I might, my mind weakened by years of perusing the gibberish contained in government files, couldn’t grasp it.

And then one day, standing outside the All India Institute of Medical Sciences, I had my Eureka moment.

All around me the pavements were swarming with families of patients going about their daily chores – cooking, washing, defecating, breast-feeding – while waiting for their turn in this Mecca of medical salvation.

There was no other accommodation available for these people who had come from all over India. The nearby bus shelters and under-passes were also full of them.

The temperature was at least 40 degrees. Nobody gave this miserable flotsam of humanity a second glance.

Around them the BMWs and Audis, the red beaconed VIP cars whizzed past, their occupants – both corporate and governmental – planning how to make India a superpower; a huge swathe of area had been cleared of all traffic and people because Mr. Amar Singh had arrived to be lodged (naturally) in one of the VIP wards (his kidneys having given up after years of his wheeling and dealing), the hawkers plied their trade, the policemen and parking attendants went about their extortion openly, the luckier patients who had been able to see an AIIMS doctor (a mythological creature like Bigfoot or the Yeti for most of those on the pavements) lining up in hordes at the dozens of medical shops selling what the hospital should have been providing, or perhaps what the hospital HAD provided!

No one even glanced at the mass of forgotten humanity on the pavements.

In that instant the code was cracked! NOBODY GAVE A SHIT. The average Delhi-ite was a honey badger! 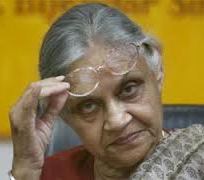 Start from the top of the ordurous heap that is Delhi and you will see what I mean.

The politician is so comfortably cocooned in his LOOTyen’s Delhi that he doesn’t give a shit how people survive outside it.

How, for example, can we legitimately expect Mrs. Shiela Dikshit to give a shit (no pun intended) about power cuts in Trilokpuri, for example, when her own mansion is cooled by 31 air-conditioners and 15 coolers at government expense (a recent report in the Hindustan Times)?

The bureaucrat doesn’t give a shit about anything because he gets priority in school admissions, hospitals, rail reservations; subsidised housing and transport, membership of the Delhi Golf Club; and can drink himself silly on subsidised booze at Gymkhana.

The captains of industry don’t give a shit because they live on Aurangzeb Road in houses financed by loans from banks (read you and I) which are subsequently written off as non-performing assets (don’t miss the distinctly sexual connotation here – and you thought that bankers don’t have a sense of humour?!), spend most of their waking hours rubbing shoulders and exchanging notes (pun intended) with the commissars of government, and take their annual vacations in Davos.

And so it is down the food chain. The police don’t give a shit because they have turned the rule of accountability on its head: having acquired their postings by dint of loyal service to politicians or by spreading the shekels among their superiors, the latter are now accountable to THEM!

Likewise the municipal employees. Others – lawyers, doctors, autorickshaw wallahs, transport employees – have such a pernicious and all-pervasive nuisance value – that they don’t have to give a shit about anyone, be it the courts, the government or the general public.

No one gives a damn about the environment – not the Forest Department which sees its primary role as giving permissions for felling of thousands of trees every year, not the PWD whose sole mission is to destroy the Ridge as soon as possible, not the DDA or Jal Board which cannot distinguish between a river and a sewer line, not the builders pumping millions of litres of under groundwater without any approvals.

The alpha male of these badgers, however, has to be the Delhi motorist.

His aggression, single minded objective of running over anything in his path, refusal to give way to ambulances and fire engines, propensity to shoot other motorists, contempt for rules and traffic policemen – all indicate that this sub species is still evolving and may one day take over the whole city.

At the bottom of the food chain are the people who GET all the shit: the humble, ordinary folks going about their daily chore of just surviving in this jungle.

But sometimes, say once in two or three years when they are pushed to the wall, they revolt and attack in true badger style. On such rare occasions they too don’t give a shit – burning buses and police vehicles, facing water cannons, clashing with police, shutting down large parts of this dung heap. The latest such incident was in December 2012.

And so Delhi is now the most polluted city in the world.

Of all Indian cities it has the highest number of cases of sexual molestation, rape and car thefts. Twelve hundred people die in road accidents every year.

Sixty percent of its population lives in slums [which the government has abolished by calling them instead JJ (Juggi-Jhompari) clusters or unauthorised colonies]. 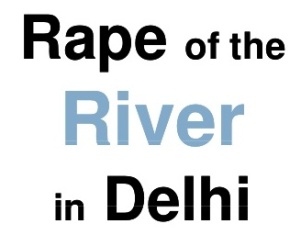 It has lost 25% of its green lungs – the Ridge – in the last fifteen years to construction, mining and encroachment by the same Davos types mentioned earlier.

The Yamuna is, scientifically speaking, no longer a river but a drain – only 5% of its total length lies in Delhi but this city contributes to 80% of its pollution: when the river leaves Delhi it is organically dead.

It is scientifically proved that species evolve to suit – and better confront their external environment. That is exactly what the honey badgers of Delhi are doing.

Delhi’s environment has been continuously changing for the last thousand years or so – don’t forget that today’s Delhi is the seventh city on this site.

From being the centre of Mughal culture, British imperialism and old world gentility it has now become some kind of smorgasbord of the worst qualities of its neighbouring states, the arrogance of power, the corrupting influence of money, and the unruliness of millions of migrants who have no stakes in the city.

You just can’t afford to give a shit here.

Next month, to commemorate the completion of three years of my stay here, I propose to take out that honey badger T-shirt and proudly don it (the AAM AADMI cap will have to wait a bit longer).

I’ve earned the privilege of being a honey badger.