Shimla: Well known for his non-fiction and travel writing, Shimla based Raaja Bhasin’s collection of short stories Flowerwoods Hotel is set to be released here during a weeklong book fair being held in the city.

Announcing the schedule for release of the book on 2nd July, MA Sikandar, Director National Book Trust (NBT), said, “it is a privilege for NBT to release the book by Shimla based writer during the book fair.” Opening on 30 June, the fair ends on 6 July, 2014.

Talking to Hill Post, writer Raaja Bhasin said, “the book being released is a collection of 5 short stories.” National Book Trust happens to be the publisher of the book. 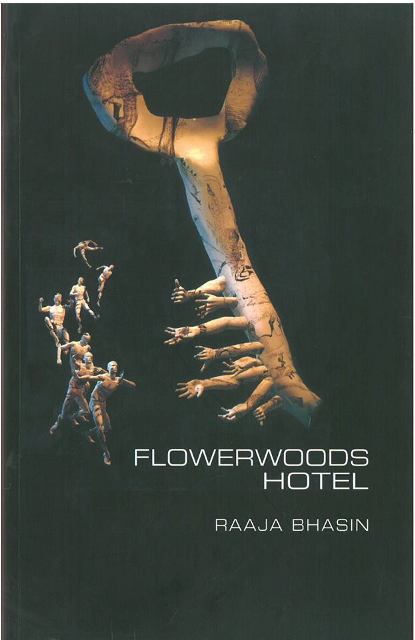 The books blurb reads, “Delicate, subtle and enthralling, this collection of stories has all the makings of a timeless classic. Sad and funny – and riveting at every moment – here is a collection to be treasured, read and re-read. In lines of vivid multi-layered prose, lives, relationships and situations are seen with rare insight and handled with an equally rare lightness of touch.”

Lies don’t have feet, they have wings; they fly by with ease. Truth is ponderous, it sits and won’t budge.

At every moment you must be able to stand back and look at your life from a distance. Try and see the pattern in it from another’s eyes and yet, those eyes have to be your own. Then you will be happy. Misery and troubles are there in every life. But not unhappiness – that is of your own making.

Night had fallen as they drove back. In three deep uneven furrows, foetid water lay on the sides of the road. Every rainfall had added to its level and every dry spell pushed it down leaving a wake of slimy soil that days of harsh sunshine would slowly dry and crack into patterns of cobwebs – or of walls of peeling filthy brown paint. Pritamrarely got to travel in a car and stared at the rows of eucalyptus trees, some tall and some short that grew on every rise in the water. Pieces of burnt rubber, leftovers of old truck tyres that had been set alight to warm a cold winter night had sunk to the bottom of the water, but the smell refused to go. Trying to make sense of itself, to try and justify its own existence, the old fetor sidled up to the almost dry leaves that smoulder but never quite burn. Suddenly, from somewhere, the acrid odour of a broken liquor bottle would hit the highway and run with the car for a few metres.

Move down the short and narrow corridor to the room that has a tiny balcony for itself and faces the sea – and if you stare long enough, you too may be able to see long gone hills and valleys in the waves. Then come and stand by me even if your back is against mine and even if both of us are looking in different directions. In the small, in that dip let your curve and mine make a tunnel and a pattern for a railing; slat against slat, this, the waving fretwork. Let the heat of our shoulder blades be cooled by the breeze that rises over the waters and in moments, builds range after range of goose-pimples upon our skins. Even if it is early morning and plastic pouches of milk spring like terrified doves or white mice in the hands that buy them – and if you have carried with you a bottle of decent dry gin and a red rose in your teeth from the corner bush of the Flowerwoods Hotel, you may just have some answers. 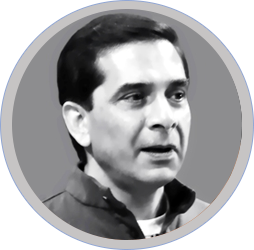 Raaja Bhasin is well known for his non-fiction and travel writing. He is an acknowledged authority on the state of Himachal Pradesh and its capital, Shimla.

Apart from nine critically acclaimed books, he has published over 2,500 articles in various leading publications in India and abroad.