After discussion of cultural sites, it was the natural sites that were taken up for discussion today at Doha (Qatar) for the coveted status by ambassadors and delegates at the UNESCO meet that after measuring stiff parameters accords the World Heritage Status. 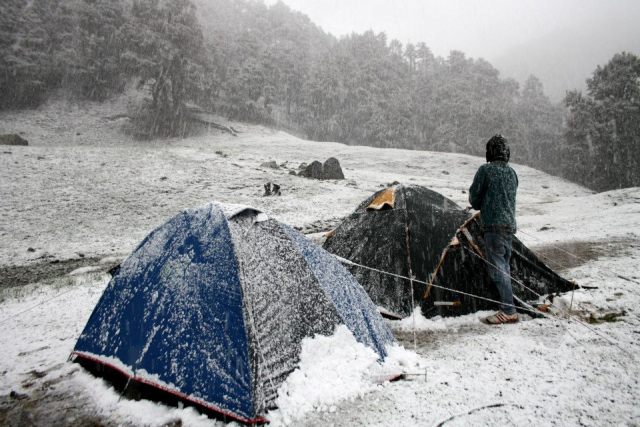 The case of Great Himalayan National Park, which was also considered for the status last year, was discussed and approved today.

“This, indeed, is a very significant moment in the conservation history of the Western Himalayas. The GHNPCA remains a wilderness without any roads which help conserve the very fragile Himalayan ecosystems by restricting the number of trekkers in the area,” said Sanjeeva Pandey, a delegate from India representing the case of The Great Himalayan National Park, from Doha.

The GHNPCA has many small-small sacred groves commemorating saints who came here to meditate in the great sanctuary of Himalayas. The adjoining communities had economic dependence on the resources of the land incorporated into the GHNPCA.

In recognition of this adverse economic impact, extensive programs of Himachal Pradesh government and its forest department have been developed to provide alternative livelihoods including participation in ecotourism.

The communities are engaged in participatory conservation governance of the area.

The Great Himalayan National Park Conservation Area, in fact, is an offering of the local communities to the people of the World.

Creation of the Great Himalayan National Park Conservation Area as a World Heritage Site is an honour to the indigenous traditional conservation practices as well as sacred places of the Western Himalayas, said Pandey.

He elaborated, “It was about nine years ago when the Friends of GHNP, an informal group of volunteers coming from all walks of life (Indian and foreign visitors/trekkers) and believing that GHNPCA should have global support to protect a part of the unique environment and biological diversity of the Western Himalaya, initiated process of this area becoming a World Heritage Site. 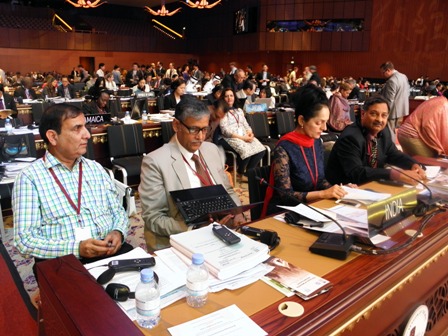 Having become part of a world heritage site International Union for Conservation of Nature (IUCN) and United Nations Educational, Scientific and Cultural Organization (UNESCO) constant monitoring and observations would become the guiding principles for the biodiversity conservation of Great Himalayan National Park Conservation Area in the years to come.

Ultimately, the GHNPCA is for physical, mental and spiritual well-being of not only Indians or Himachalis but the people of Planet Earth. Today’s inscription is an appreciation of the natural and historic fabric of the Western Himalayas, said an elated Sanjeeva Pandey.

Situated at the confluence of Oriental and Palaearctic realms, GHNP provides a unique opportunity for the species from both biogeographic regions to thrive, disperse and evolve.

The Park is naturally protected by very high peaks and ridges on its northern, eastern and southern boundaries.

The ecozone’s 160 villages with about 15,000 residents on the western side of the Park are dependent on natural resources.

Some 25 Threatened IUCN Red-listed plant species are recorded from the park.

The GHNP has more than 35 peaks of greater than 5000m and two greater than 6000m which taken together are arguably more exceptional than a few isolated higher peaks in the region.

Together these four protected areas (PAs) add 1,949 sq km to the area around GHNP and its buffer zone, making the total contiguous protected area associated with the nominated property approximately 2,854.4 sq km not including the Ecozone.

The 905.40 sq km GHNPCA includes the upper mountain glacial and snow melt water source origins of the westerly flowing JiwaNal, Sainj and Tirthan Rivers and the north-westerly flowing Parvati River which are all headwater tributaries to the River Beas and subsequently, the Indus River, extremely vital to millions of downstream users.