Dharamsala: Tibetan spiritual leader the Dalai Lama in his  message on June 4 Tiananmen Anniversary said ,”Today, as our Chinese brothers and sisters commemorate the 25th anniversary of the June 4, 1989 event in Tiananmen Square in Beijing, I offer my prayers for those who died for freedom, democracy and human rights.”

He said his message was about values that are the foundation of a free and dynamic society. They are also the source of true peace and stability.

While great progress has been made to integrate China into the world economy, the Dalai Lama siad, “ I believe it is equally important to encourage China to enter the mainstream of global democracy. This will help China to gain the trust and respect of the rest of the world, enabling China to fulfill its potential in playing a leading role in global affairs.”

This statement was posted on his web site (dalailama.com).

The Dalai Lama, reviled by Beijing as a separatist, made the rare comments on the June 4, 1989, violence at a prayer meeting two years after he renounced politics. 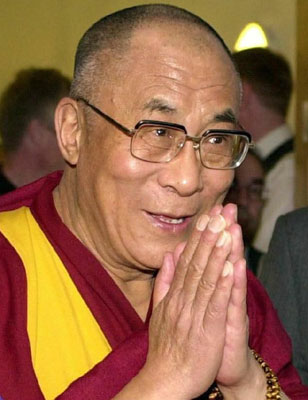 He said, “young minds should not perceive Tibetan Buddhism as related to just faith and rituals but study the philosophy as an academic branch of study. Based on reality and your own experience you can study the nature of mind, ways to control it and you shall be a happier person once you understand the essence of the Tibetan Buddhism.”

Around two thousand college students from various parts of India and abroad, children from schools around here and staff of TCV School gathered today in the TCV school auditorium to listen to Tibetan spiritual leader.

The Tibetan leader expressed concern over the degeneration of interest in Buddhism among the Tibetan youth. He said that there is only a few Tibetan born in exile enrolling into monasteries these days. He however said it was not mandatory to become a monk to study Buddhism.

Dalai Lama  said that all religions have the same potential to benefit others and must be respected. Tibetan Buddhist tradition can boast of having the richest resources of philosophies and teachings derived from Nalanda masters among various other Buddhist countries. He further said that the Tibetan language is the most important medium to learn Tibetan Buddhism.

This is the Tibetan leader’s eighth such teachings since it was first initiated in 2007 by Buddhism Introductory Committee of Dharamsala (BICD).