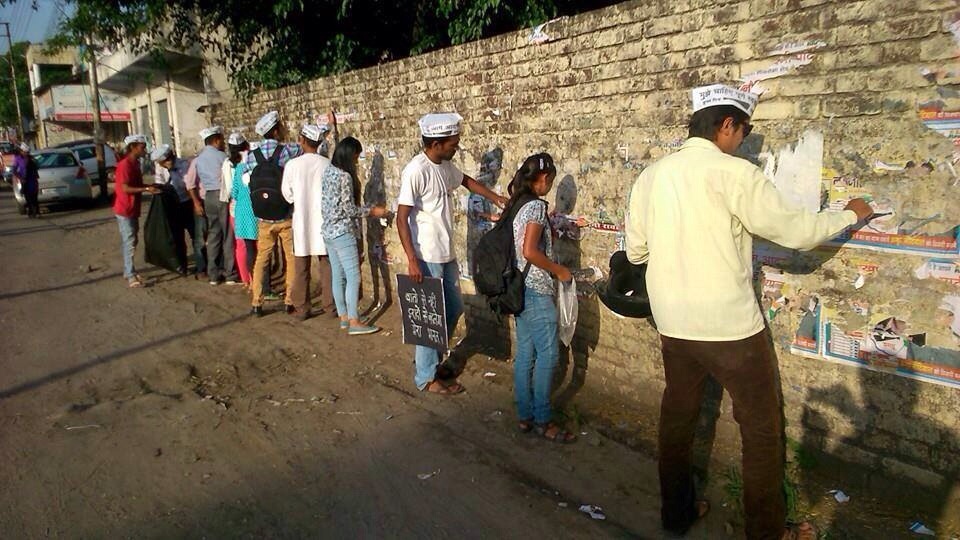 Dehra Dun : AAP, the sibling political party, has endeared itself to the masses for more reasons than one, which is perhaps why it has so many supporters and well-wishers all over the country and is making its presence felt in the political horizon.

But what took the residents of this capital city of Uttarakhand aback is when the party candidate from the Tehri Lok Sabha seat, Anoop Nautiyal, led a team of his supporters and meticulously went around the city cleaning all the party posters that had been put up in the wake of electioneering.

And mind you he did not wait a day. 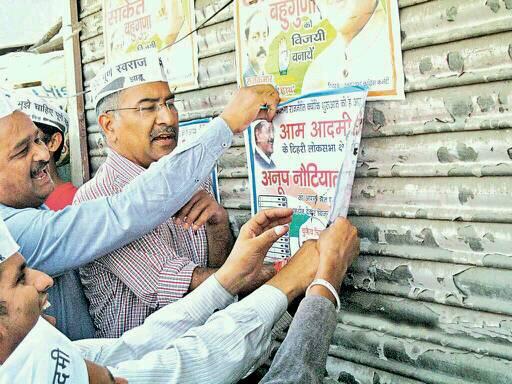 Immediately after the day of polling on May 7, Nautiyal and his team of supporters, donning the white AAP ‘topis’ went around the city on Thursday equipped with the necessary wherewithal and scraped the walls clean of the AAP posters.

This was not alone. 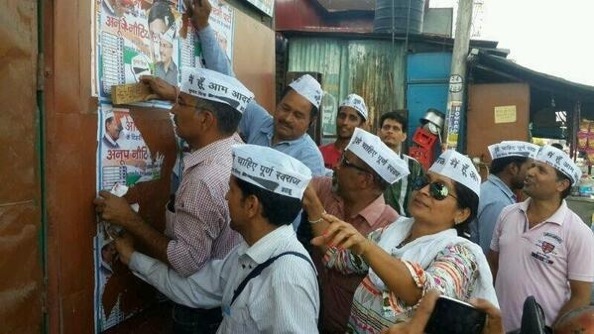 Supporters of AAP who went about cleaning the city of their party posters and banners told Hill Post that initially they had thought of removing all the posters that had been pasted and put up by other political parties. “But fearing a confrontation, it was decided to keep it confined to AAP posters and banners”, they added.

Incidentally this is the first time ever in elections after independence that any political party has shown the initiative to clean the city of the posters and banners that deface public and private property in the cities, and even small townships and villages.

The citizens of the city lauded this effort by the AAP candidate and his band of dedicated supporters for braving the heat and going about the task of cleaning all the walls of their posters, which were then carefully dumped in garbage dumps.