Navbahar is the place where tweeting of birds, mighty sunrise and sunset makes you realize a true essence of nature. 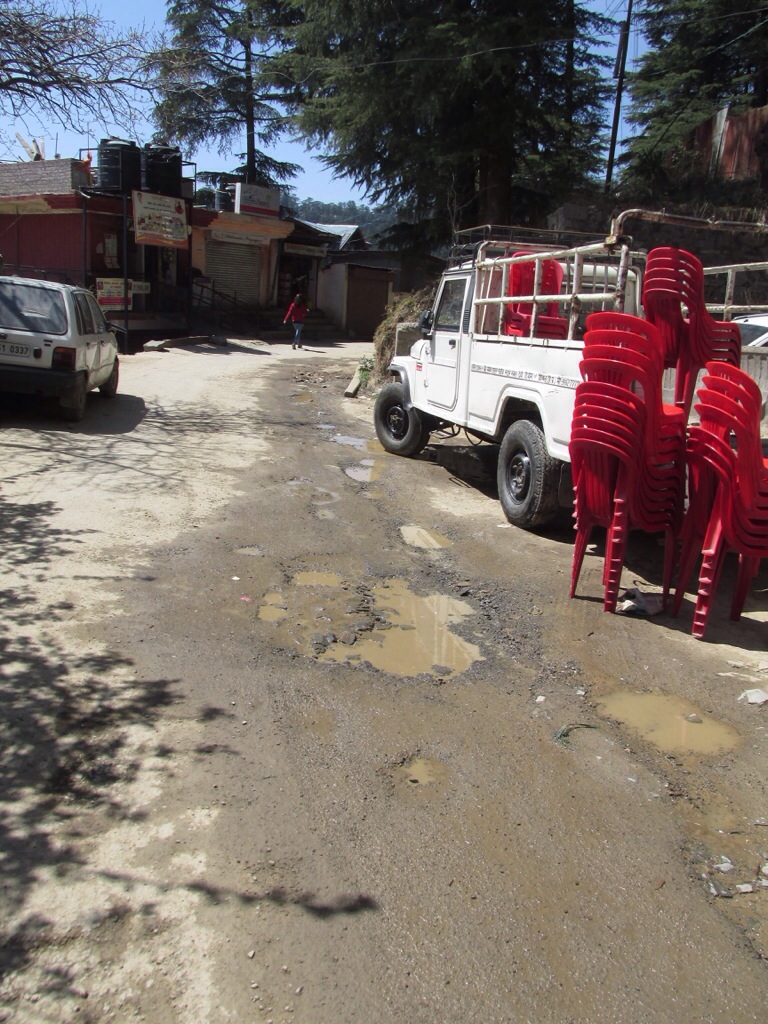 But the potholes on the roads, street light outage , sewerage not only effecting its scenic beauty but making the condition from bad to worse.

Although, important offices like a department of horticulture, Motorward, schools like convent of Jesus & Marry, St.Bede’s College, home of Irrigation Minister – Vidya Stoke are located in the area still authorities seem to be oblivious to its deplorable condition. 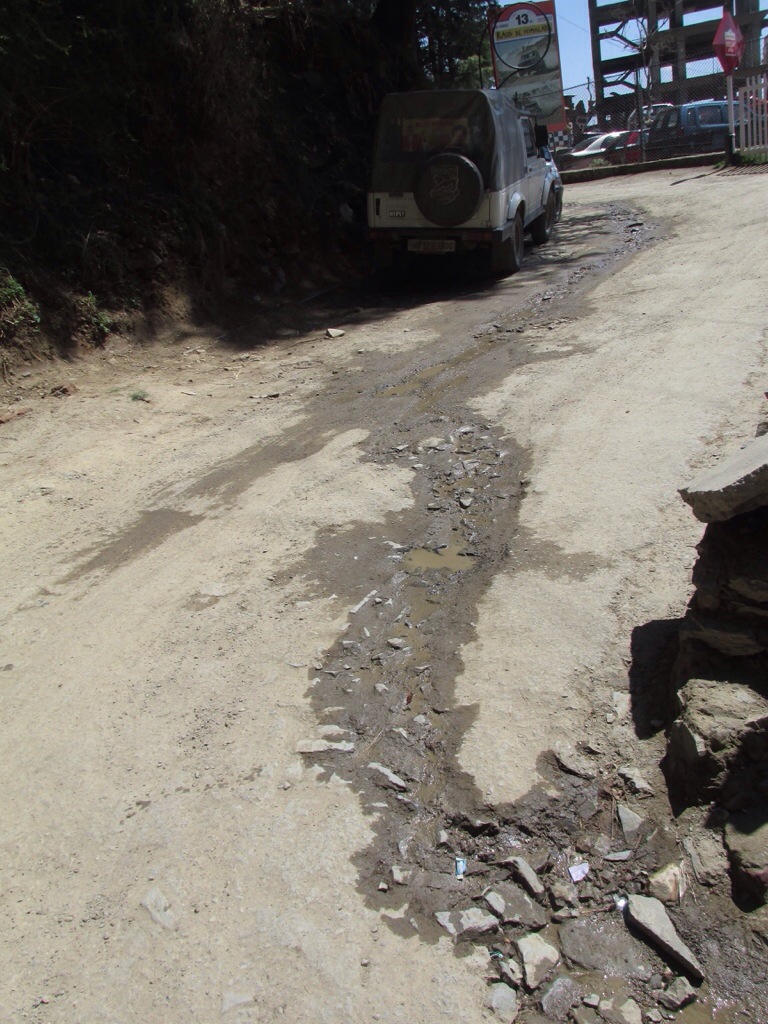 While informing about the problem ,Birju Lal Thakur,a resident says, “We have many times brought the matter to the notice of concerned authorities urging them to carry out repair and to get a street light at many places but every time they ignore it and till today the problem is yet to be carried out .”

“I often face difficulties especially when it rains because water logging becomes common and it become difficult to walk freely”, says Ashish a student.

Som Nath Sharma, shopkeeper says, “It has been more than one year since the road was dug for repair. However numerous complaints have been filed with the councilor but we hardly got solution to the problem”.

In Navbahar area, no street lights are being provided in many places that can be dangerous for the people coming to their home at night as these days fear of leopard is roving around in Shimla and also leopard have been seen at many places particularly in this area. The unauthorized construction is also ruining the scenic beauty of the area but till yet no challan has been put on those who are the faultier behind it.

Anu Sharma, local resident seems to be disappointed from the authorities says, “When we elect any representative from our area we thought that he will bring an end to our misery and understand our agony but nothing happened so far.

Before the November elections were held, the condition of the road was bad but today it has become worse as not one repair was done since last one year.

Moreover our ward councilor has also visited the area and had promised us for a street light to be placed at various places soon but nothing has been done to improve the area or to provide us better amenities”.

Sharing similar sentiments, Jagdish , a teacher who has been living in the area since last 20 years says, “ Every time we hope that the road will be repaired but with every new candidate who win the election makes the condition of the road more worse and we have to battle with more potholes. I think they should improve it”.

The sewerage is another problem over here, the authorities should look after the area and should take some steps to water comes out of the pipes and no –one repair it or take any initiative, he adds.

While commenting on this issue ward councilor Kuldeep Thakur said, “I have already talked to the Shimla Municipal Corporation about the problem but due to the bad weather condition, the repair work could not be done as far.