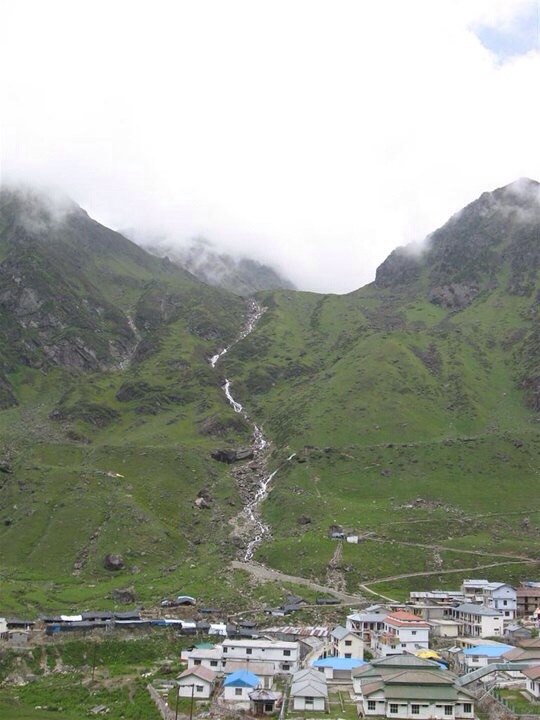 Dehra Dun : Call it due to the June 16-17 devastation in the Kedarnath Valley last year, or the fact that most of the existing infrastructure, including hotels, guest houses and dhabas along the route to the Kedarnath shrine have been washed away, but the Rudraprayag district administration, under which the shrine falls, has recommended to the Uttarakhand government that no more than 500 pilgrims be allowed for darshan on a day.

It could well be better late than never and had the Uttarakhand government awoken to the fact that allowing thousands of pilgrims to the shrine every day without any control, earlier perhaps the massive loss of life and property that occurred during the Himalayan tsunami last year would not have caused so many loss of lives and shaken the confidence of the nation from undertaking the chaar dham yatra in this small mountain state.

Even as a team of the Uttarakhand-based Nehru Institute of Mountaineering, led by a police officer of the state government of DIG rank have left from the temple town for a downward descent to Gauri Kund to assess whether what has been left of the trekking route is in a condition for allowing pilgrims or whether a new route will have to be drawn out, there are doubts whether the Border Road Organisation and other agencies will be able to prepare the route during the short span of time.

Informed sources said that due to the limited facilities that will be available at the temple town, there is jo alternate but to limit the number of pilgrims that come up every day to have darshan at the shrine. If the state government does not curtail the number of pilgrims coming up to the temple every day, there will be chaos and people will have to spend the night in the open, as there are no facilities even on the route for overnight stay.

They said that earlier there were a number of places where the pilgrims could stay as a large number of guest houses and hotels had not only come up in the temple town but also at Gauri Kund and Ram Bara, but almost all of them had been either washed away or destroyed in the calamity that struck on June 16-17 last year.

Sources said that it had also been decided to have online registration of pilgrims this year so that those intending to visit the shrine may know the number of people visiting the temple town on any particular day and then decide on the date that they want to visit for darhsan to avoid any inconvenience. “The decision for limiting the number of pilgrims this year has been forwarded to the chief minister, who will ultimately take the final decision”, they contended.