Shimla: To mark celebration of Shimla as “150 years of Summer Capital” the government here had organized a week long state-level theatre festival – ‘Him Rang Mahotsav’ at the historic Gaiety Theatre that concluded yesterday.

Where many of the plays presented were re-runs of past performances, the newer plays enacted lacked the finesse that great theater should have evoked, though the government is said to have spent a large amount of public funds to put the shows together. 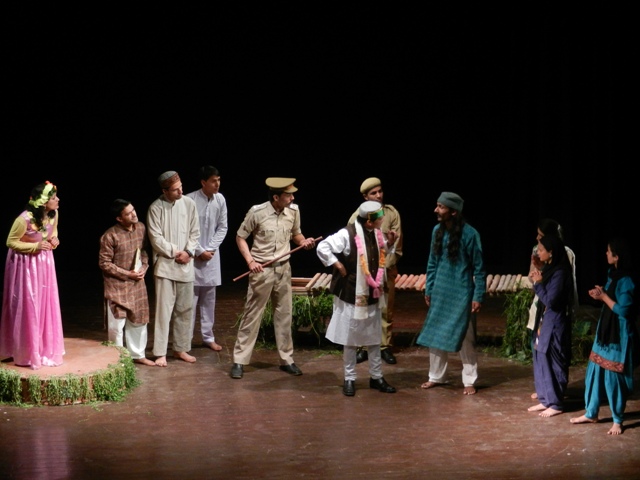 Arun Sharma, director of the states language, art and culture department said Him Rang was a tribute to the “Summer Capital” and one of the plays preformed would compete at the national theater festival to be held in April at the same venue.

The plays enacted were with diverse themes ranging from conflict due to generation gap as in Phir to struggle for freedom and liberation of fair sexes along with weaker section of the society as in Subhdra; conquering one’s own weakness and giving life a new direction to an individual’s abilities as in Aah mai, to the inability of stepping out of a comfort zone while building castles in thin air as in Typist  and giving vent to the current flavor in the country over anger against corruption was enacted in Chiriya.

While commenting on the festival one of the spectators says, “I was expecting better shows this time considering the occasion to which the festival was dedicated. Few plays were repeated and there was not so much growth in that this time too that one can say it was worth being staged during this festival considering the allotted funds involved. I hope national level festival will have some better shows to offer.”

“For me Chiriya was a good play as compared to rest of the plays. Art should be respected. Through this festival theater groups from other districts also got an opportunity to showcase their talent. It was a so so experience to be honest considering the hype created about the festival”, expresses another spectator.

The positive point of this festival is the post discussion of plays where each play was scrutinized and people got an opportunity to share their views.