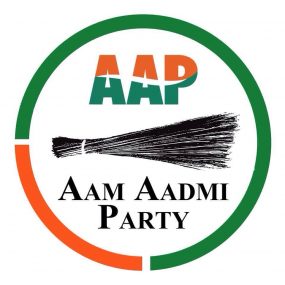 A few weeks have elapsed since the departure of the Arvind Kejriwal government in Delhi and the launching by the Aam Aadmi Party [AAP] of their national election campaign; quite clearly, the departure of the debutant Chief Minister, Delhi, has been as dramatic as his taking over the reins of the Administration following the victory in the Delhi Assembly elections.

There is, no doubt, that these developments have implications for the party’s future political trajectory and, as I had suggested in my earlier blog of 25 January, for the country at large about changing the nature of our party politics – the source of mal-governance, corruption et cetera.

In that blog on the Kejriwal debut as Chief Minister, I had pondered over the prevailing politics of symbolism and populism and as to whether the AAP might succumb to it. At the closure of AAP’s short innings in government, the jury is still out on its claims of being a party of governance with a proven capacity of turning the country of India’s size around.

AAP government was, however, high on symbolism and populism and seemed to be in a hurry for the exit. It, nevertheless, hoped that, on the strength of its “achievements” in government, it could plunge right into the vortex of parliamentary elections and showcase itself as a party with a difference.

Now, it is with that sinking feeling of déjà vu that many are viewing the forthcoming Parliamentary elections with forebodings about their outcome.

The dilemma before movements entering politics, such as the AAP, is as to whether they should function as a movement finding a political role or transform themselves into political parties.

A movement could largely be a single or multiple issue enterprise with a core group of individuals trying to muster a following among the larger mass of people.

Perhaps, they have judged the public mood well and that they might, indeed, capture power through this strategy. But, this strategy runs the grave risk of petering out in no time once that sentiment weakens for any singular, or multiple, reasons.

And, that risk always remains as to what may happen if this sentiment is not strong enough, once the electoral battle is truly joined by diverse political groups and forces, in all the constituencies spread across the length and breadth of India, equally. Inevitably, the party itself could peter out hardly leaving a trace behind and without any hope of its resurrection by its leaders who might appear discredited by their inability to garner votes.

As I said in my previous blog, that would be a tragedy of enormous proportions for the country.

This is the direction in which, I am afraid, the key political leaders of the Party have chosen to go.

It might just be that the core leaders driven by vaulting ambition, such as Kejriwal and Yogendra Yadav et al, are persuaded that they must encash on the public exposure they feel they have generated in the last few months. And, their political platform is being reduced to the single issue, Jan Lokpal Bill, as the panacea for the corruption in the country.

Viewing the current controversy about implementation of the newly enacted Lokpal Act, apprehension can never be allayed that this institution is, somehow, beyond subversion. Strong, resilient, robust institutions of state can only be sustained by a robust, democratic party system

In fact, coming to the fork in the road and facing a choice between strengthening the party presence at the grassroots in politically critical regions and registering a presence in the Parliament, the leadership chose the latter; as Arvind Kejriwal said, on NDTV recently, “saving” the country from corruption is more important than the party and the shortage of time has left him with no other choice!.

They have, clearly, failed to grasp the historical significance of building a political party which gives grassroots’ workers a sense of ownership of the party and have succumbed to the heady temptation of running a leader-led party. It is this very party culture that the AAP leaders have been – quite rightly – criticising: now, the media projection is aimed at putting a halo around one or two leaders, especially around Arvind Kejriwal, who is no longer the “aam aadmi”.

The internal party culture is becoming increasingly intolerant as evident in the hounding out of Madhu Bhaduri who was forced to stop her speech, as a result of heckling from the floor at
the instance of Yogendra Yadav.

Instead, they are going all out, like the rest of the “established” parties, to pick up individuals in different areas who are as ambitious as they, themselves, are to field them as parliamentary candidates.

The first signs of disaffection have already emerged; there are instances of protests amongst the followers of the party about the choice of candidates who are being picked up for their presumed social stature rather than their work as – ‘Aam Aadmi’ – members and volunteers in the party.

Expectedly, and all of a piece of the developing internal AAP party culture and party worker behaviour, AAP figures are coming across as brash, intemperate and aggressive in their TV appearances. The ordinary members are indulging in street hooliganism and ballyhoo – and, in picking up fights on streets on the slightest of pretexts. This is an indication of the growing lack of confidence in their ability to achieve grassroots mass mobilisation.

A poorly developed party organisation would not be able to dislodge the “established” parties which have embedded themselves in specific demographic segments in the country. One can already see a surge in favour of Narendra Modi in northern India, in marked contrast to the electoral face-off during Delhi elections when, despite much personal campaigning by Modi, BJP’s march was stopped in its tracks by AAP notwithstanding the former’s natural advantage due to the strong anti-incumbency environment against the Congress party.

And, that is where the dilemma in AAP’s choice lies; the Delhi assembly elections were won as a result of the mass, grass roots’ campaign by a huge number of volunteers who were already active at field level in all the assembly constituencies and in the back-offices for organising publicity as well as for raising funds.

This model is not being followed in the Parliamentary constituencies where the campaigning has already picked up.

The reason for that is that the kind of grassroots’ volunteer activity which the Aam Aadmi Party was in a position to mobilise in Delhi cannot be done in the other constituencies unless the party creates a robust party structure in all of these constituencies through building of a membership base which would then, organise itself into a party machinery through proper internal elections from the local office bearers upwards to the national level and which machinery would, then, decide on the candidates in a particular constituency.

It is through such mechanism that the party can develop a broad spectrum political agenda, influenced by the grassroots volunteers and members in close connection with the broader community in the constituency, rather than confining itself to a single issue agenda.

It is through a broad spectrum political activity and opinion making that a political force can withstand possible ebbing and flowing of single issue-based popular sentiment at any point of time. A more inclusive, democratic party organisation alone can keep the careerist and the venal out of its ranks although its complexity cannot be the stated; even, Mahatma Gandhi had to ruthlessly weed out the careerists before the participation of the Congress party in 1936-37 provincial elections, the first time it aimed for ministerial office.

AAP’s key leaders’ tearing hurry to, somehow, make it to the Parliament can only be explained in terms of their failure to appreciate the significance of having a robust, internally democratic and grassroots-led party organisation. Even in terms of simple political calculation, one needs to remind oneself that parliamentary elections are not the end of a party’s political journey; mine is not a case for the AAP staying away from them but rather that this activity should not consume them at the expense of party organisation-building.

State assembly elections keep taking place every six months or so and so do the indirect elections to the Rajya Sabha. Through the building of a strong party organisation, even if the AAP were to capture power in 2-3 states in the next year or two, with the support of such a pervasive robust party organisation, the political culture in the country would be transformed – forcing the other political parties, just as it happened after the Delhi assembly elections, to take notice of AAP.

Contrast: Mahatma Gandhi always struggled to capture political power to remove a foreign government but he kept himself away from exercising any administrative authority – again a historically, and globally, unprecedented choice by a victorious leader. Under his influence, Jawaharlal Nehru’s interim government, coming to office on 15 August, 1947, had the most powerful figure in the Congress party, Sardar Patel, taking the number two position to Nehru; it included several leaders, such as Ambedkar, Sharma Prasad Mukherjee, Sir RK Shanmukham Chetty and John Mathai holding key ministerial portfolios despite being non-Congressmen.

And, the new government continued with the existing colonial state institutions but used them successfully – and peaceably – for coping with the enormous challenges to our political instability, at independence, secure as it was in the support of a robust, mass-based political organisation in the form of the Congress party.