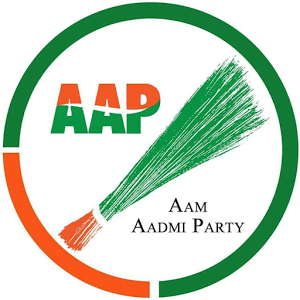 AAP, I believe is a “born again” swaraj movement which our founding fathers launched against the colonial rule, and today it has risen again to fight against the feudalism of ruling political community who have apparently replaced the white masters. The common man continues to be at the mercy of ruling masters that includes the politicians, bureaucrats, all government and semi government officials, including an attendee at the door, who behaves like a master and public as their servants.

The new swaraj movement of AAP is an antidote to check and extinguish the flames of rampant corruption, miss governance which has engulfed this nation for 60 years effecting the lives of both rich and the poor, business community and the corporate, teachers and students and the aspirations of this youth.

The frustration of an Indian citizen is because of the inefficiency, indifferences, lethargy, corruption, lack of accountability and the utter disrespect shown to common citizen by those in power (no matter what level). The political style of functioning of all parties is the same in India, though their ideologues may be different. Elections are won with money and muscle power and once elected, the style of working remain the same.

Yes there are honest and self made people but they are not in majority.

Many of the policies, programmes and schemes of the governments are good but they fail for want of effective implementation, monitoring mechanisms, lethargy and absence of sensitivity and above all the accountability. There is hardly any budget allocation that has been fully utilized during any of the plan period. I would not find any reason why, the country could not bring down school dropout below 50-55%, why we could not maintain minimum standards in government schools.

Why India could not produce a single world class university, when even small Asian countries have reached the global benchmark. It is not for want of resources, but for want of good governance, planning, policies which needs revolutionary shake up. This shake up is beyond the wisdom of just the bureaucracy, who does not think beyond the existing rule book and have no authority to change the rule book. This change cannot also come with a traditional mind set of the majority impermeable political class, who are reluctant to allow fresh and new ideas to penetrate the system.

It is also unfair to hold only the political class responsible for failure of delivery as the bureaucracy and governmental mechanisms contribute equally to the performance or non performance of any programme or scheme. The government servants, somehow enjoy an unwritten immunity and escape accountability.

Bribing has become part of the day to day life. It is hard in government office to get any job done without either greasing the palms or having contacts and influence. It is so difficult to prove with evidence this corruption in high offices, by bureaucrats, ministers, public service commissions, Vice Chancellors and even the office of the Governors, it is alleged.

Why don’t the politicians retire and why do they get the last retirement posting as Governors even at the age of 80? Why don’t the bureaucrats look for rehabilitation in government and semi government bodies after retirement?

Everything you look at is depressing. The countries growth and progress is of course due to global economy and liberalization, but it is also due to the demographic dividend of our population. I am not at all saying that successive governments have totally failed, but I am saying is they need to now change the present perception of ruler and the ruled, and the principles of Swaraj should take the centre stage of governance. The Government is not the master but a public servant and Janatha would and shall not to be treated as its subjects.

Many decisions affecting the lives of people shall be made with public debates. The policy decisions shall be participatory with expert and academic groups and not unilateral by ministers and bureaucrats. The AAP movement is to change this perception among the political parties across board. No matter who rules, the principle is not to rule the Janatha but to work for the Janatha.

The AAP movement conveys to the political community in the country, that the power of the people is prime in democracy. This movement has made every political party to rethink its strategies in 2014 elections. People are watching if they will succeed in dropping all the corrupt legislators and MPs while allotting the tickets. Will they retire all those who have their stomachs full? Will they open new chapter with new blood and fresh air? Will they make it a rule of the people? If they do that, it is fine and that is what this AAP movement is all about. But unfortunately the common man has waited too long.

The youth is impatient and will not wait for another 5 years of sufferings. The new hope ushered by AAP was irresistible and it at least has woken up the traditional parties which are intoxicated with power and stubborn attitudes. The AAP has sent a strong signal that people will reject any corrupt and criminal candidate from entering as law makers. AAP for the first time has opened the way for selfless, educated and the professionals of the country to think of entering the politics to be a part of the system.

This is a new trend for the first time after independence that an educationist, a bureaucrat, a professional, a doctor, an entrepreneur, a corporate has felt like entering politics, which is otherwise so impenetrable with thick hard shells of hierarchical feudalism found in traditional parties. I do realize that the actions of Kejriwal though, termed as anarchist by the elitist’s media, I see it as a people’s revolution which does not happen through a rule book.

I joined this party to be a part of this inevitable revolution that is likely to sweep the country in 2014 elections and then on. Every well meaning Indian should join this historic movement.

Jalees Ahmed Khan Tareen, also known as J.A.K. Tareen, was born in Mysore, Karnataka, India in 1947. He currently serves as the vice-chancellor of B. S. Abdur Rahman University, in Chennai, India. He was the recipient of the Padma Shri award 2009 for the Literature & Education given by the Government of India. He is one of the current advisory board member of South Asia Foundation (SAF) from India.