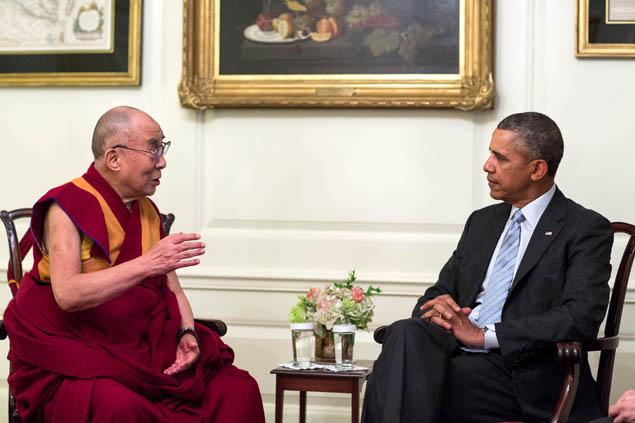 MINNESOTA:  The Tibetan spiritual leader the Dalai Lama who is currently on a three-week visit to the United States will be celebrating the Tibetan New Year here in the state of Minnnesota on March 2.

Mark Dayton, governor of the state is said to have rejected the invitation to celebrate losar with the Dalai Lama according to reliable sources.

However, the newly elected Mayor of Minneapolis, Betsy Hodges has confirmed to accompany the Dalai Lama on the Tibetan new year celebration.

According to the Tibetan American Foundation of Minnesota, the mayor is also going to read “the Tibet Day proclamation in honour of the Dalai Lama and Tibet” during the new year celebration.

“U.S. Congressman Keith Ellison, and Congresswoman Betty McCollum are also confirmed to attend the Tibetan new year celebration,” said Kalsang Phuntsok, one of the spokesmen of the Tibetan American Foundation of Minnesota.

The Dalai Lama will also address, and take questions from a group of Chinese and Tibetan students in the state.

The Dalai Lama had publicly stated that he and his people are willing to be under China if Beijing accepts his demand for a genuine autonomy.

Since adopting the policy of fighting for autonomy in late 1980s, the Dalai Lama believes building bridge with the Chinese public is the key to end the tragedy of people inside Tibet.

Chinese officials in Beijing often brand him a “wolf in sheep’s clothing” and his policy of “middle way approach” for a genuine autonomy as “independence in disguise”.

Saying that the Tibetan spiritual leader is trying to split Tibet from mainland China, Beijing urges world leaders not to meet with the Dalai Lama. However, despite China’s criticism, President Barrack Obama last Friday welcomed the Tibetan spiritual leader to the White House, and the two spent almost an hour discussing a varity of issues including human rights issues in Tibet.

Tendar Tsering is a freelance journalist based in Minnesota, U.S.A. Previously he worked with ibtimes.com, hngn.com, pagalguy.com, phayul.com and he also regularly blogs at www.tibettelegraph.com