Shimla: Dismissing a public interest litigation (PIL), the Himachal Pradesh High Court imposed costs on one Neeraj Chandel, who had challenged the governments scheme for providing free laptops – netbooks to meritorious students on the grounds that the gadgets to be supplied had sub-standard specifications, would impact the health of students and the tender was being processed to favour a particular company. 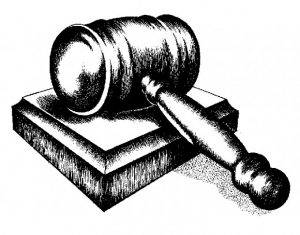 Before throwing out the petition, the division bench of acting chief justice Mansoor Ahmad Mir and Justice Rajiv Sharma imposed Rs 25,000 costs, termed the petition as motivated on behalf of some company and against public interest as it had become the cause of delay in supplying laptop – netbooks to needy and meritorious students.

The court concluded that there was no proof on file to prove that 4000 similar laptops – netbooks which were supplied last year to have adversely affected students in anyway.

About the petition being motivated the judges recorded, “the foundation of tender notice is in question and who has questioned the same under the garb of present PIL are those various companies or firms, who had raised some objections and who could not participate in the tender process. Thus, it involves a private interest and not a public interest.”

The court also touched upon the moot question, “whether the tender notice can be questioned and whether the courts have the jurisdiction to interfere with the orders, which is the domain of the executive.”

Undoubtedly, the courts cannot interfere unless the action is arbitrary/outcome of malice/mala fide one. The petitioner has not arrayed any person nor demonstrated how officers / authorities have excercised their power arbitrarily or mala fidely in order to show favour to any person/company.

Interestingly the court also questioned the antecedents of the petitioner, who had not given his parentage and other particulars.

“He has also not annexed any material with the record to substantiate that he is the Secretary General of All India Student Federation and how he has filed this petition is not forthcoming,” the judges observed.