Dehra Dun : While simplicity and transparency, besides doing away with the frills that come with power have been the hallmark of AAP government in Delhi and there seems to be a beeline in other states to replicate the same, the story in Uttarakhand seems to be completely otherwise. 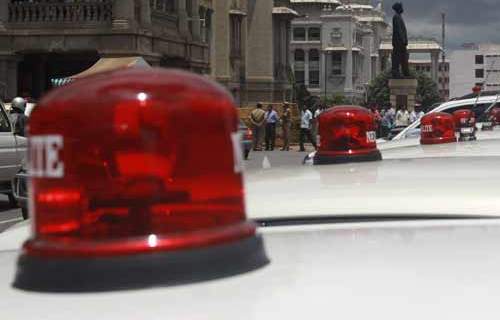 While former chief minister of the BJP, Ramesh Pokhriyal ‘Nishank’ may have voluntarily removed the red beacon from his official car, he remained tight-lipped of the fact that he continues to occupy the over 15 room annexe of the circuit house, plus a ministerial bungalow at Yamuna Colony though officially he can retain only one.

And he is not the only one. Agriculture minister Harak Singh Rawat besides occupying the ministerial bungalow to which he is entitled has also occupied a four room government accommodation in front of his bungalow in the garb of using it as his camp office.

Then there is speaker of the vidhan sabha, Govind Singh Kunjwal who has repeatedly attacked the Congress government headed by Vijay Bahuguna in this small hill state for not having lived up to the expectation of the masses and that the relief and rescue operations after the June tragedy have been badly wanting, but he is quiet on his possession of two houses.

Besides having the huge official house as speaker in Yamuna Colony, Kunjwal also has a house in the MLA hostel that he is entitled to as a legislator.

And the BJP is not clean either, Party MLA, Ajay Bhatt, has a huge house allotted to him as leader of the opposition but he continues to retain his house in the MLA hostel also.

The list does not end here there are others also in this list from both the Congress and BJP camps. But the case of Harak Singh Rawat’s father Narayan Singh is eye opening. He has not paid water dues of his hotel at Shrikot amounting to Rs 21,181.

If it had been the aam aadmi the concerned department would have discontinued the water supply and disconnected the meter, but in the case of VIPs, it is customary for the departments to close their eyes to such happenings, for who wants to incur the wrath of the ministers and legislators.