Dehradun : Call it the effect of the Aam Aadmi Party (AAP), which has underlined the importance of the man on the street on political parties coming to power and the fact that the Lok Sabha elections are on the anvil, but suddenly there is change in the behaviour pattern of not only former chief ministers, but even sitting chief minister Vijay Bahuguna.

Known for his arrogance and stiff upper lip upto now, Uttarakhand chief minister Vijay Bahuguna whose world seemed to revolve around his son Saket Bahguna, has suddenly taken an interest in the aam aadmi and the have-nots who are having a harrowing time in the freeing cold wave that has engulfed this small hill state as the mercury is hovering much below the average temperatures. 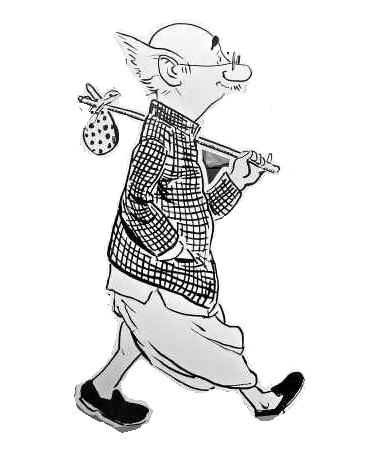 The chief minister who normally spends the late evenings for better things took time off yesterday to look into the plight of the street and night shelter dwellers who are having a miserable time due to the cold wave.

He made it a point to carry blankets with him, which were distributed to the needy roadside dwellers who only have the sky over their heads and also to the residents of the night shelters.

Besides he has also asked all the district magistrates and the concerned officials to ensure that small fires are lit up at various points in the cities at night so that the roadside dwellers can get some relief from the biting cold and chilly winds.

He has told them to make sure that enough funds are allocated for the fuel wood so that the fires keep burning till the cold spell prevails.

Not only this it has suddenly dawned upon the chief minister to know the plight of the aam aadmi, vis-a-vis his interaction with the government offices and the manner in which he is made to run from pillar to post, or has to cough up bribes for even trivial works that should otherwise be done in the course of time.

But in Uttarakhand it is known fact that nothing moves in the government offices till money changes hands.

However, now the chief minister wants to know first hand (as if it is not only well known) and for this he has decided to hold a ‘janata durbar’ (public hearing) on Jan 5.

People have been told to come at the official residence of the chief minister in the morning and tell him their woes so that he can look into them and solve them then and there or issue the necessary instructions.

The need of aligning with the aam aadmi has not only been felt by the chief minister, but even former chief minister Ramesh Pokhriyal ‘Nishank’ of the BJP, who seeing that AAP has done away with the practice of using red beacons on by the ministers and other officials has voluntarily removed the red beacon on his car just a day back.

Obviously he wants to send the message that he is also an aam aadmi.

As days to Lok Sabha elections draw closer and more and more people start joining the chorus of AAP, and even becoming members of the fledgling party, political pundits here claim that one can look forward to some more gestures that will send the message that those living on their ivory towers are seeing the needs of the man-on-the-street and willing to fulfill them.