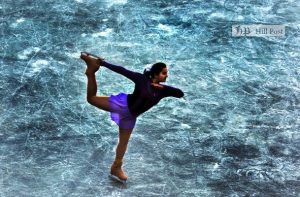 Every winter, an ice skating national competition is held in Shimla but this year’s competition seems to be uncertain. The ice of the rink has melted due to the 31st December’s rainfall; skating practice sessions have now been suspended. The event was scheduled to take place from January 2nd to January 4th, 2014.

Melted ice can’t perhaps be frozen overnight. So, organizers of the event have no choice but to cancel it.

Officials of Ice Skating Association of India stated that since the ice has melted completely, it is no longer possible to extend the dates of competition.

The departure date of the participants too cannot be altered. A total of 70 skaters were practicing here. 189 skaters who were supposed to participate in the competition will now have to leave empty handed.