The motor car rally, spread over three days is being organized to inspire confidence among tourists whose numbers have fallen after the natural calamity that hit the state in June. 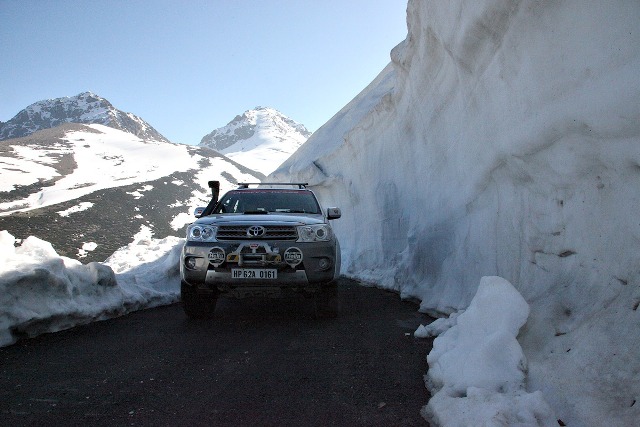 Uttarakhand Adventure Car Rally is to cover a route of 850 kilometers that goes through mountains and plainer areas of the state.

The rally route will touch Shivpuri, a white water rafting spot, the ski resort at Auli and Garjiya on the periphery of the Jim Corbett Park, said Vijay Parmar, President of the organizing club Himalayan Motorsport.

Being supported by Maruti Suzuki and JK Tyres the rally starting from here heads to Rishikesh, Shivpuri, Dev Prayag, Rudra Prayag, Karan Prayag, Chamoli and Joshimath to end the day at the ski resort at Auli. The rallyists will cover about 300 kilometers on the first day of the event.

On Day 2, the Uttarakhand Adventure Car Rally will come down from Auli to Karan Prayag. It will then proceed towards Chaukhutiya and Kumerian to reach Garjiya on the east of Jim Corbett Park. On Day 2, the rally will cover about 280 kilometers of country roads.

On Day 3, the rally will go across some of the most picturesque roads in the state via Nainidhada and Kotdwar to culminate at Paryatan Bhawan in Dehradun. 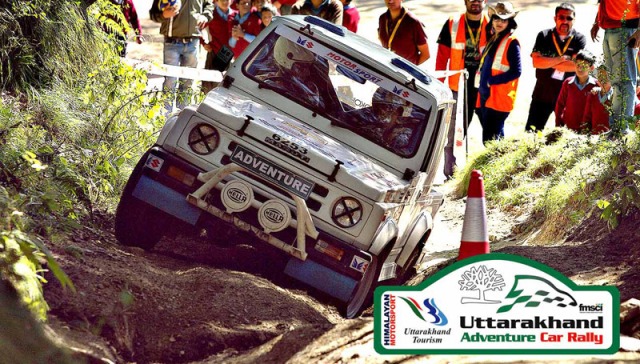 Sports Minister Dinesh Aggarwal disclosed that 13 teams from Uttarakhand were taking part in the rally.

Among the participants are bureaucrats and police officers, which include Dehradun Deputy Commissioner-cum-District Magistrate B. Purushottam who has teamed up with Madhukar Naik, and fellow IAS officer.

Dehrandun Deputy Commissioner Customs and Central Excise Raghvendra Pal Singh with Manish Aggarwal, IPS are another team in the fray.

“The Uttarakhand Adventure Car Rally is authorized by the Federation of Motorsport Clubs of India (FMSCI) and will follow the TSD (Time-Speed-Distance) format,” said rally director Vijay Parmar.