Mumbai: Well known singer Mohit Chauhan especially flew down to Delhi to cast his vote during the assembly elections, which registered a record 65.86 percent voting. He says that “the way forward for our nation is to have a robust democracy”.

The votes were cast on last week and Mohit was in the city where he is a registered voter to cast his ballot. 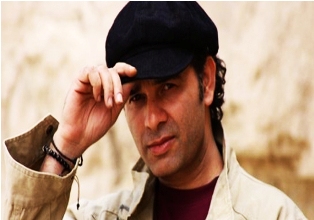 “I feel like a proud Indian. It’s the least I could do. I flew down to Delhi on Wednesday morning just for a few hours to cast my vote,” said Mohit.

The results are out and Aam Aadmi Party (AAP), a debutant political party, has emerged as the second largest party in the 2013 Delhi assembly elections with 28 seats after the Bharatiya Janata Party which has won 31 seats.

“I firmly believe the way forward for our nation is to have a robust democracy. The one sure way of participating in the process of nation-building is to vote on the election day,” said the singer, who was part of the band Silk Route and became a known name in the music industry after his hit song “Dooba dooba”.

Another very important moment for Mohit occurred when on Nov 30 he performed at a live concert in Kathmandu, Nepal for the Nepalese Army Wives Association where a record number of people from all over the country turned up to hear him sing.

“The Nepalese press called it the most successful international gig ever in Nepal. Over 35,000 people turned up for my show from all over Nepal. The locals drove for as much as 10 hours from the countryside to get to the venue,” he said.

Mohit is busy balancing a career in playback singing and live concerts.

“I’ve been recording regularly. But I’ve also been very busy with my ambassadorship as a World Music Champion for the British Council. In addition, I’ve been touring the country from Himachal Pradesh to Sikkim to promote music amongst children,” he said.

Amidst all this work Mohit also needs to make time for his wife Prarthana Gehlot, whom he married in July 2012.

“It’s a love-cum-arranged marriage. Prarthana and I have known each other for some years. She was my friend, and then we thought we should take our friendship to another level. Zindagi mein bahot dost milte hain. Some turn out to be extra-special. And if you’re lucky one of them turns out to be the one you want to spend your life with.

“The vibration between the two of us is wonderful. With Prarthana I felt she was not just a friend but also someone who contributed substantially to my singing,” he said.