Dehradun – With 39 tigers having been poached from Jan 1 this year to-date and habitual poachers being given ‘supari’ to kill felines in the spillover buffer forests of the Corbett Tiger Reserve by skin and tiger body part smugglers, including bones, the Govt of India will have to impose detrimental punishment for poachers, if there is some seriousness in the Save the Tiger project. 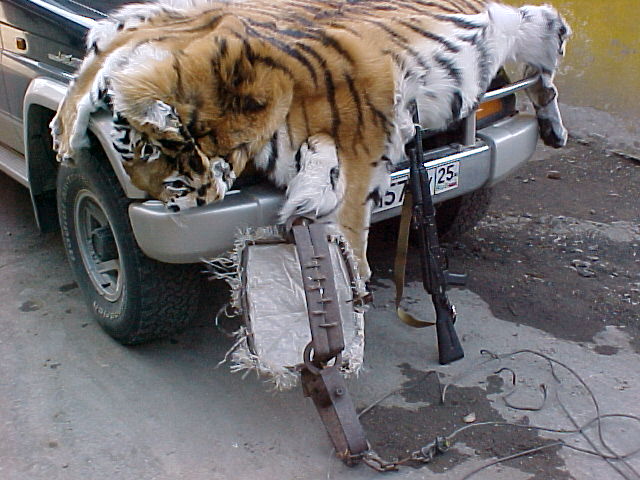 About a dozen people arrested recently following the recovery of two fresh tiger skins, meat, bones and other parts of the felines, indicated that three of them are habitual tiger poachers. The three, Mohammed Umar and Bholu were released only two months from jail, after they had been arrested about an year back for killing a tiger in the Najibabad area.

What is all the more frightening is the fact that professional smugglers of tiger skin and other organs were actually giving ‘supari’ by smugglers to make the kill and hand over the skin and other organs to them at pre-determined places. One of the alleged ‘shikaris’, Taseem is reported to have told the investigators that he had been given a ‘supari’ of Rs 30,000 by a professional smuggler for killing a tiger.

Meanwhile official sources said that the two tigers whose skins and organs were recovered by the special task force on Dec 16 were killed in the Amangarh Tiger Reserve in Bijnore, adjoining the Corbett National Park. The snares that were used in trapping the animals after which they were brutally killed have also been recovered. The skins were barely three to four days old when they were recovered, indicate that the poaching was a fresh case.

They said that the Corbett National Park has a very high density of felines, almost one tiger in one km area and because of the high density, the animals strayed in to the adjoining Amangarh forest reserve, which falls in the adjoining state of Uttar Pradesh. “It is in this area that the poachers are more active for various reasons and professional smugglers pay them to do the killings”, they claimed.