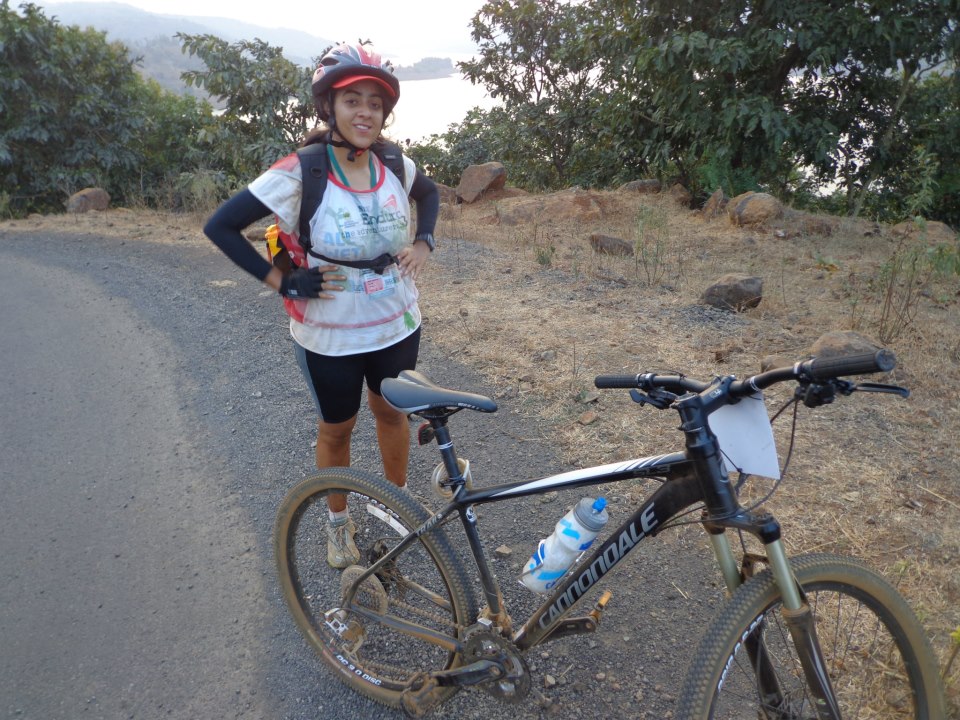 Narkanda : Fashion designer Jaskeerat Bedi rides a bike through the treacherous terrain of Himachal Pradesh to drive home the message against breast cancer. The 26-year-old from Delhi is one of the participants in the ninth edition of the six-day MTB Himalaya-2013, one of the world’s toughest mountain biking events.

According to Mohit Sood, president of the Himalayan Adventure Sports and Tourism Promotion Association – the Shimla-based club organising the rally – Jaskeerat is the first participant to spread awareness about the deadly disease.

“I am participating in the event for the first time. The focus is not on retaining any title but to spread awareness about breast cancer, one of the most common malignancies in women in this state,” said Jaskeerat .

The rally, comprising 70 intrepid cyclists, was flagged off from Shimla Saturday. After passing through Mashobra, Kufri, Matiana, Narkanda, Hatu, Baghi, Khadrala, Tikkar and then again to Narkanda, it would culminate in the state capital Oct 3.

For Bedi, participating in the rally means conveying a message directly to the womenfolk, especially in rural areas: “Don’t get shy and confined, defeat the myth that it (breast cancer) is not curable.”

“When other rallyists are resting after completing every leg, I prefer to meet the locals,” says Bedi, who is representing Delhi-based Forum for Breast Cancer Protection.

She is carrying literature and pamphlets for sensitising the people.

Portuguese bikers Luis Leao Pinto, the Titan desert MTB Marathon champion and ninth in world rankings, and Ricardo Rodrigues Martins, ranked 16th in the world, are among the 16 foreign participants from nine countries in the rally.

The highest point of the rally is the 3,400-metre Hatu peak, overlooking the tourist destination of Narkanda. On an average, a cyclist would pedal about 70 km daily, Sood said.