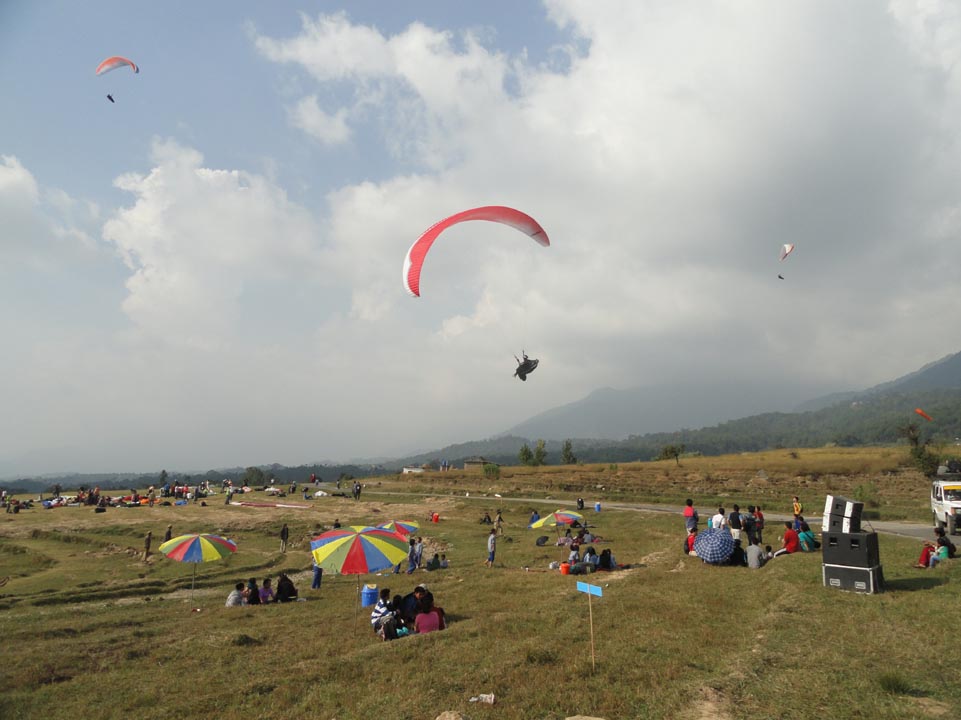 Dharamshala: On the 2nd day of ongoing Pre PWC India 2013, Mr. Sudhir Sharma, Town and Country Planning Minister, Himachal Pradesh said that two paragliding take off points in the Billing Valley will be upgraded in near future. It would help pilots to take off more easily. He said that besides Billing, the landing site at Bir is also being upgraded. Bir-Billing is an excellent paragliding destination in district Kangra, Himachal Pradesh. It’s counted among the best in the world. 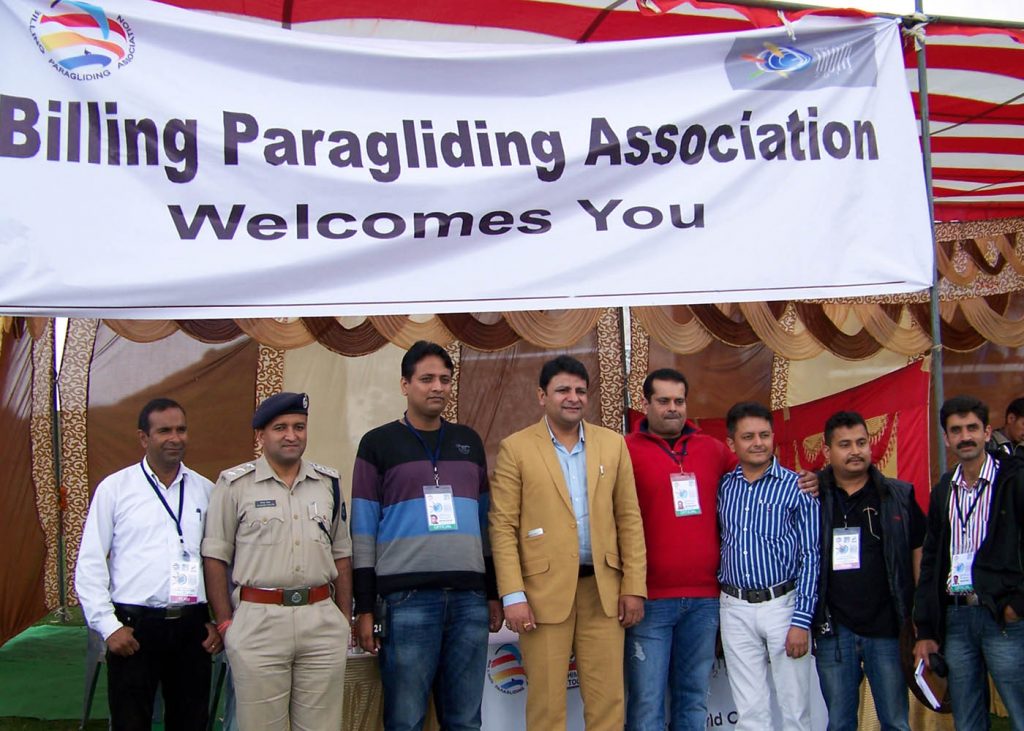 A young minister in the state government, Mr. Sudhir Sharma is making efforts to promote Bir Billing so as to increase the possibility of organizing Paragliding World Cup here in near future.

The first task (42.6km) at the event, scheduled to take place on Friday at 11am, had to be cancelled later on as the weather was unfavorable till afternoon. Participating pilots took ordinary flights and landed safely. 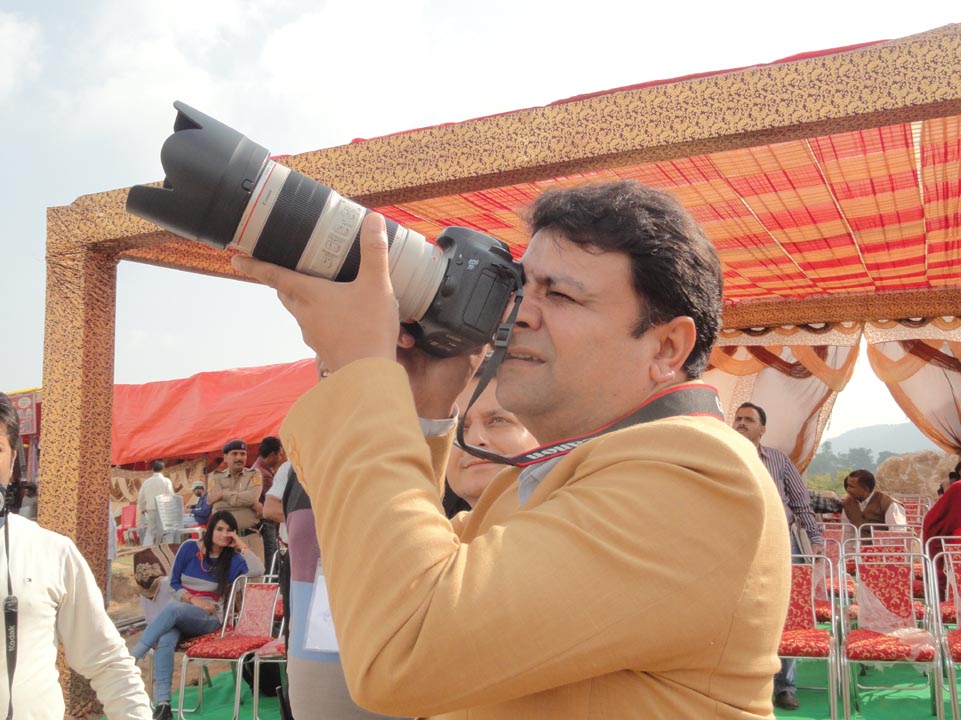 Meanwhile, tourists and local residents enjoyed the music and panoramic view of paragliders in the sky on Friday. 4 pilots, who had been specially invited to perform on Friday, left the onlookers amazed. Mr. Anurag Sharma, Director Billing Paragliding Association informed that a hot balloon had been arranged at the landing site for tourists. 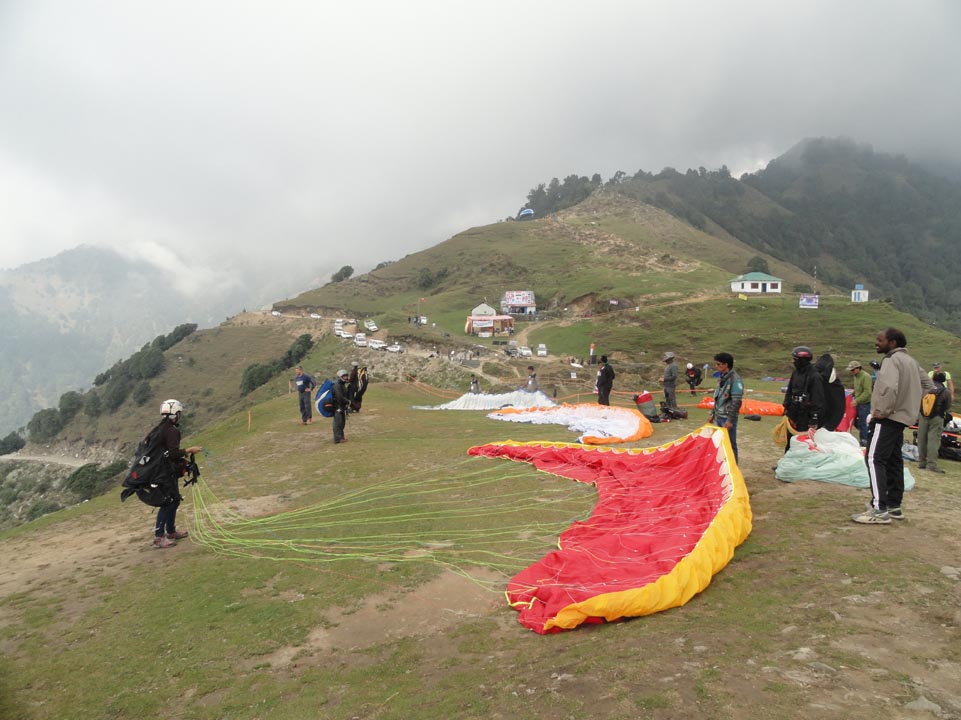 Solar lights have been installed in Billing for the convenience of pilots and tourists. Officials overseeing the rescue ops at the event informed that all pilots had landed safely on Friday. One pilot suffered a minor injury during takeoff and was provided with first-aid on the spot. A helicopter is on standby in Bir, the landing site.

Pilots and organizers are hopeful that the weather on Saturday would be hopeful. The event will continue till October 30th.