Shimla: Dipping into states hydropower potential by incentivizing generation through privatization of rivers and streams, at huge environmental cost, power minister Sujan Singh Pathania, yesterday, made a call for “switching to renewable energy is the best solution to combat with energy crisis and a step to mitigate climate change.”

Speaking to reporters after inaugurating a ‘Green Energy’ fair, the minister said that as a the progressive state, the government was for sustainable development which can be achieved by taking eco friendly measures such as the renewable energy.”

The two-day fair being held at the city centre The Ridge is backed by World Wildlife Fund (WWF) and is part of its global campaign ‘Seize Your Power’ which calls upon governments, institutions and individuals to switch to renewable energy so that the future is powered by the sun, wind and water.” 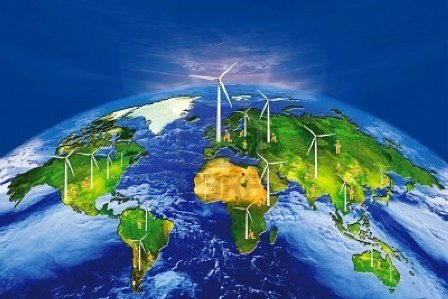 Manufacturers of renewable energy solutions are showcasing a wide variety of products; from solar panels, solar water heaters, solar lighting systems, to solar cookers and solar refrigerators, and even compact biogas plants for household use at the fair. Live demonstrations of some of the appliances were also shown on the occasion.

The fair is an effort to promote simple and practical renewable energy solutions for individuals and institutions to adopt into their lives to reduce their impact on the environment, said a WWF spokesman.

On the occasion citizens were also asked to cast their vote for a city monument that they would like to see powered by renewable energy. The votes are intended to be presented to the local government as a citizens ask, with an aim of making this dream come true.

The governments call for renewable energy is made as its pursues a controversial hydropower policy that advocates realising all available hydropower potential to sure up state finances at a heavy cost to the environment that has led to some rivers vanishing for long distances into tunnels to operate hydro turbines.

The situation is so alarming that even the Himachal Pradesh High Court has sought a moratorium on all hydropower projects till a comprehensive environment impact study is carried out.Ends