Fearing a ballooning fiscal deficit going bust, finance minister Chidambaram has drawn up plans to resort back to what is famously known as ‘Accounting Jugglery’ in accounting terms.

If we were to believe a 25 October 2013 Reuters report , the UPA government appears clueless in restraining the overburdening fiscal deficit of the country.

And as Old habits die hard, the popular accounting trick seems to be favored once again by our finance minister who for the better part of his tenure was busy in boasting that the fiscal deficit would not be allowed to breach the red line of 4.8% of the GDP. 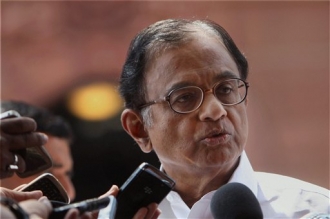 Chidambaram may keep his words technically with the latest ploy (if it sees the light of the day) but shifting of the deficit burden to the proceeding year won’t help the country much either.

As per the Reuters report, the shift may be roughly about $ 15 billion of subsidy payments into subsequent year’s accounts. This comes out to be around 17% of current year’s projected fiscal deficit.

With Food Security Bill demanding additional allocation approximately in the range of Rs 30,000 crore and disinvestment target of Rs 40,000 crore appearing impossible to be met (so far only raised about Rs 1,400 crore) delay in acknowledgment of some of the costs is all what government can think about.

So, by not writing down the subsidy costs, the government wants to create a delusion that its strict austerity measures and high tax & other revenue collection methods have helped its cause considerably, which is not the case at all.

Austerity measures by the government may have assisted a trifle; much more still needs to be done at the revenue collection front.

Tax collection has been highly subdued this year with substantial slippages reported in direct collection. Against the entire year target of 19% for net tax revenue only one fourth has been realized in the first half of the fiscal year and probability of drastic improvement in the revenue collection in the next half would be like hoping against hope.

For the reason income growth is difficult to come by, Chidambaram is busy serving diktat to the PSUs about sharing their huge cash piles in form of dividends with the shareholders. The government being the major shareholder will be benefitted the most if the PSUs oblige.

With political gimmicks entering into the account books, detractors of the government are predicting the present UPA government is unsure of its re-run to the Centre this time and hence, happy passing the fiscal troubles to the next government.

Already, international rating agencies have already downgraded the growth target below 5% for India and further demotion would cripple our economy for long. Also, FIIs are getting upbeat on the Indian story once again but debt funds which matter for the national exchequer more are not finding many takers.

India surely needs to invent new methods to increase revenue generation if fiscal deficit needs to be countered permanently. The government can’t rely only on pure austerity measures in order to tame fiscal deficit as being the election year the economy expects some expenditure too.

This will surely be a tricky game both for Chidambaram and the UPA especially when the domestic consumption and the gross capital asset formation are positioned at a new low.