Amidst the ongoing tragic-comic political theatre of Delhi and the general air of despondency that pervades all over, the Indian Navy, in its unique low-key style, is about to make two landmark contributions to national security that should bring considerable cheer. 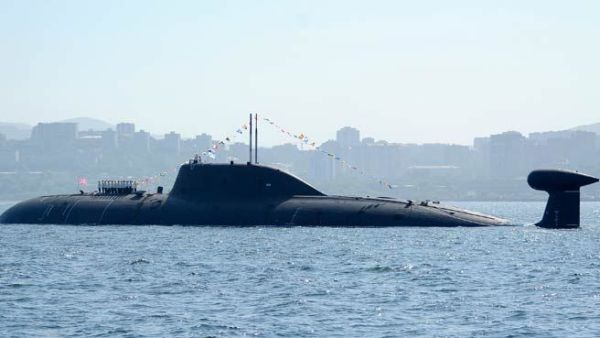 The nuclear reactor that propels Arihant, our first ballistic missile submarine (SSBN in naval parlance), went critical Aug 9. This product of the Advanced Technology Vessel Project (ATVP), launched in 2009, will, in due course, become the ‘third leg’ of India’s nuclear deterrent force.

On Aug 12, Defence Minister A.K. Antony will ceremonially launch India’s first home-built aircraft carrier, to be eventually named Vikrant, in Kochi. There are not many navies in the world today that can look forward to the near simultaneous induction of two such powerful (and expensive) platforms into their inventory in the foreseeable future.

However, it is vital that the national security establishment succumbs neither to unbridled euphoria of agencies involved nor to excessive scepticism of the media, and retains a balanced perspective about these two events.

While good for national morale, neither vessel will have an immediate impact on our security posture. Both projects still have some way to go, and it is essential to draw right conclusions and take some early decisions for the future.

The Arihant will now be put through a grueling programme of trials which will test the actual performance of the vessel and all on-board systems on the surface and underwater.

Three features of the Arihant will attract the closest attention of friend and foe alike — the performance of its nuclear reactor; its acoustic signature (or generated noise) which is an index of stealth or ‘detectability’; and its missile-range which indicates its lethality as a deterrent platform.

While the first two will be found empirically, we already know that the range of its K-15 submarine-launched ballistic missile (SLBM) is a mere 750 km. Thus, while the Arihant may sail out on a deterrent patrol in about a year’s time, the DRDO will need to deliver a SLBM of over 3,500

km range for her (or her sisters) to become truly effective.

For DRDO, the ATV stands out as a singular achievement which, in spite of formidable challenges, forged ahead steadily to fruition. In an otherwise dismal defence-research and production scenario this significant success can be attributed to three major factors which should provide salutary lessons for government and other two Services.

First, the high level of synergy and co-ordination attained by the Indian Navy, DRDO and Department of Atomic Energy (DAE) smoothened the way.

Second, the good sense displayed in placing the navy in the driving seat resulted in early user-initiated course-corrections.

And finally, the autonomy granted to the project enabled rapid executive

It should surprise no one that a project of such complexity owes a great deal to Soviet/Russian assistance, which came in fits and starts, accounted for most of the programme delays, and resulted in breathtaking

However, it has been a valuable learning experience for our scientists and technologists. Apart from enabling private-sector companies to master numerous advanced technologies for design and fabrication of major submarine systems, the project has spawned huge indigenisation opportunities for small and medium ancillary industries country-wide.

The indigenous aircraft carrier (IAC) project suffered inordinate delays on two counts. The politico-bureaucratic establishment, partly for want of comprehension, sat on the navy’s proposal for over a decade and accorded approval only after the Russians had the Gorshkov deal in their pockets. Soon after steel was cut for this ship in 2005, our lamentably under-developed ship-building industry ran into a series of problems including non-availability of suitable steel and other building material.

Being the largest and most complex warship-building project ever to be undertaken in-country, expertise deficit had to be made up by seeking consultancy from Italian and Russian companies. However, both countries, being builders of aircraft-carriers, possibly view this project with a covetous eye, and have been dragging their heels in providing expertise.

The more challenging phase of the IAC project will commence once the hull is in the water, and installation cum-integration of systems and machinery starts. It could take up to five years before the ship goes to sea.

If truth be told, both these projects are the outcome of the navy’s vision. To the common man’s query about their real significance, one would provide a two-fold response. On one hand, they speak of a delusion, among the security elite, that a large defence budget and possession of a large military, by themselves, assure security and constitute the makings of a ‘great power’. On the other hand, underpinned by a vision that integrates military power with a national security doctrine and strategy, it is hardware such as this that will ensure protection of national interests, and enable us to face domineering or vexatious powers.

Contemplating the future of the ATV and the IAC projects, logic says that we should have a force of three or four SSBNs and a similar number of carriers, so that at least two of each remain on duty at any time. Both projects require nuclear propulsion and esoteric technologies, but nothing will erode our ‘strategic autonomy’ more than continued dependence on an exclusive single source, Russia.

In our quest for ultimate self-reliance, it is time to diversify our sources of sensitive military technology and expertise. This may be a good time to test the hand of friendship being extended by US and France — both have what we need.

– Admiral Arun Prakash is a former Indian Navy chief and Chairman, Chiefs of Staff Committee. The views expressed are personal. He can be contacted (IANS)