Jammu: Union Home Secretary Anil Goswami said today that he has no information about the alleged involvement of the Bajrang Dal in the Kishtwar communal riots in Jammu and Kashmir. 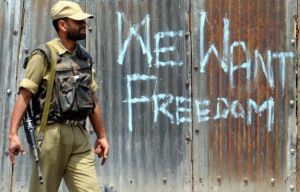 A section of the media had reported that the Bajrang Dal was involved in the Hindu-Muslim violence that has claimed three lives.

“I will seek a detailed report on this when I go back. Till yesterday evening, I had no information about what you are saying,” Goswami told the media in the R.S. Pura area of Jammu district.

The home secretary said he took stock of the situation on the border and interacted with the BSF.

He said some BSF personnel complained about the poor condition of the bunkers on the border. He assured them that the issue would be immediately addressed.

Some villagers along the border told him that 625 acres of cultivable land in the area was in disuse because of border fencing or because it now lay close to the fence.

Goswami said compensation would be paid for those who owned the land.