New Delhi: As many as 120 kids from different sections of the society will come together for an “equality flashmob” here Saturday to create awareness for Uttarakhand flood victims. 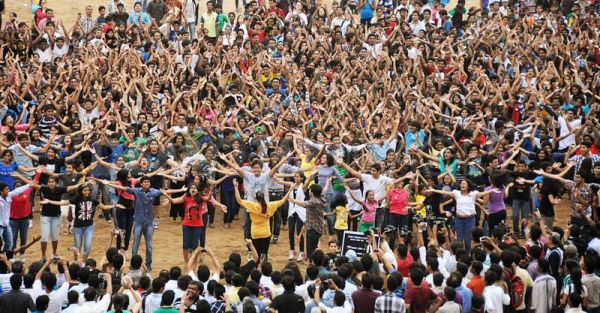 The initiative, by NGO Swapn supported by The Earth Saviours Foundation and choreographer Shiamak Davar, Ice Watches, Yo! China and TeamWorks Media, will be held at Jantar Mantar 4 p.m.

Under-privileged children will share the platform with children from privileged sections of the society for the event, which is aimed at making the kids aware of the damage caused by the Uttarakhand floods as well as make them sensitive by bringing them together in support of the victims.

It also hopes to impart a sense of equality, humanity and cohesiveness among the children.

“It’s the first ever equality flashmob of this kind. We will make a small after movie and promote it online and I’m sure people who will see it will be moved and will work towards making an effort to do their bit for the Uttarakhand victims,” popular disc jockey Khushi Soni, co-founder of NGO Swapn, told IANS.

The participating children have been practicing for the success of the flashmob for the past two months.

Raising funds is not the intent behind the event, clarified Khushi, adding: “There are no tickets, no cash sponsors. All the people who believed in our ideology have got together to support NGO Swapn.”

He also said that Shiamak loved the idea behind the concept and agreed to choreograph the kids.

“His contribution to the entire event has not just been amazing but also selfless,” added Khushi.

In June, some parts of Uttarakhand and Himachal Pradesh experienced heavy rainfall and cloud burst causing floods and landslides, which left thousands dead.