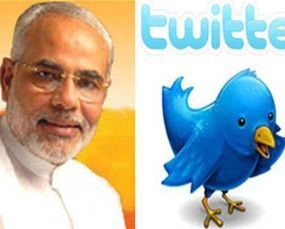 Conducted by the Blogworks, the monthly survey for June showed that while Modi retained his number one spot, Advani and Rahul Gandhi both have moved up from fifth and fourth ranks, respectively.

Bihar Chief Minister Nitish Kumar, who has never been in the top-five since the survey began in January and was ranked 17 in May, is back in the game at the No.4 spot behind Rahul Gandhi.

“This is for the first time in the past five months that Nitish Kumar made it to the top-five,” said the survey.

Aam Admi Party (AAP) leader Arvind Kejriwal, who was the fifth most-mentioned leader in the January-April survey, dropped to the sixth spot in May and then to seventh in June.

Prime Minister Manmohan Singh too dropped out of the top five list to the sixth position in June.

The first edition of the survey brought out the results for the months of January to April, followed by the second edition in May and third in June.