Mumbai: A former top bureaucrat charging his predecessor with stealing electricity has embarrassed the Maharashtra government – especially as both the officials in question happen to be in the good books of Chief Minister Prithviraj Chavan.

The issue dates to Feb 28, when Rahul Asthana, on his last day in office as the head of the Mumbai Metropolitan Region Development Authority, shot off an angry letter to Chief Secretary Jayant K. Banthia, among other things, accusing his predecessor Ratnakar Gaikwad of stealing electricity from the MMRDA building’s common connection to light up his own five-bedroom penthouse. 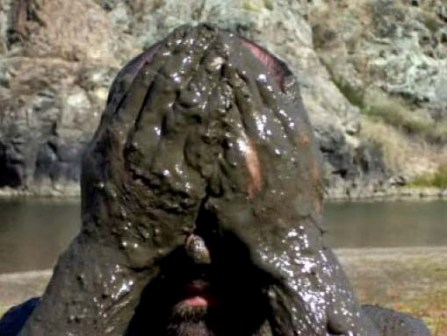 “…On his instructions, the electric connections of his house were changed and connected to the common areas of the building so that consumption was shown as zero units and the bills were paid by MMRDA through the common area,” Asthana said in his letter.

Gaikwad hit back by alleging deliberate attempts on Asthana’s part to harass him and malign his public image. He also urged the chief secretary to take action against Asthana.

“In his reply to Gaikwad’s letter, Asthana has stopped short of calling his predecessor a crook and corrupt bureaucrat, but came within a hair’s breadth of doing so,” says leading RTI activist Anil Galgali.

It was through Galgali’s untiring efforts and RTI posers that the sordid correspondence came out in the open.

Among other things, Asthana provided facts on how Gaikwad allegedly misrepresented facts and also used his influence as chief secretary to continue occupying his official residence, facilities and equipment nine months after his retirement.

Asthana recounted how Gaikwad spoke about a joint venture with a NGO on the ground that it would earn the MMRDA a profit of Rs.4 billion, while the reality was just the opposite.

Asthana said Gaikwad tried to purchase floor space index (FSI) at the NGOs disposal at Rs.100,000 per square foot – a wild figure arrived at without any pricing or tendering process, Galgali note, citing the official correspondence.

The MMRDA also agreed to construct a building for the NGO, besides the fact that the Authority was on the verge of violating its own rules in the matter.

“The whole proposed deal smacks of ad-hocism and financial illiteracy. The matter was brought before the CM, who ordered the item to be withdrawn from the MMRDA agenda,” Asthana’s letter said.

In effect, the deal, in which the MMRDA actually stood to lose Rs.4 billion, was cancelled by Asthana’s alertness, Galgali said.

“…the manner in which the tendering was during his time deserves to be investigated. Contracts were split up to bring them below the limit of Rs.10 crore (within the power of the Commissioner), which was against all tenets of financial propriety,” Asthana said.

Thereafter the main contractor was allowed the first right of refusal, the estimates were suppressed, contracts were split and only those below Rs.10 crore were approved, the design was changed mid-way under the guise of speeding up the work – which led to the original cost jumping from Rs.45 crore to Rs.110 crore and other lapses, the official said in his letter.

The Maharashtra government has so far kept silent on the issue but a senior bureaucrat conceeded that the exchange of letters had caused huge embarassment in Mantralaya, the state secretariat.

Galgali, on his part, has vowed to soldier on.

“These are very serious issues and it is the first time in the country that a CIC’s past actions have been questioned in this manner. I have written to President Pranab Mukherjee, Prime Minister Manmohan Singh, Governor K. Sankaranarayanan, CM Chavan, Deputy CM Ajit Pawar and Leader of Opposition Eknath Khadse to force Gaikwad to resign in order to uphold the dignity and sanctity of this high office,” Galgali said.

Thus, it’s going to be a waiting game till one or more of those approached responds. Whichever way it goes, at least one reputation is going to be in tatters.