Saudi Arabia and Qatar fell out because they supported conflicting interests primarily in Egypt. Elsewhere too – Turkey, Jordan, Syria, Gaza (Hamas). But their coming together in any case was for limited tactical reasons: to stall the Arab Spring. The big asset the Qataris brought to the union, hurriedly put together, was the incomparable credibility of their TV channel, Al Jazeera.

Qatar launched Al Jazeera, initially only in Arabic. Later, superior retirees from the BBC like Sir David Frost were enlisted to launch its English service. 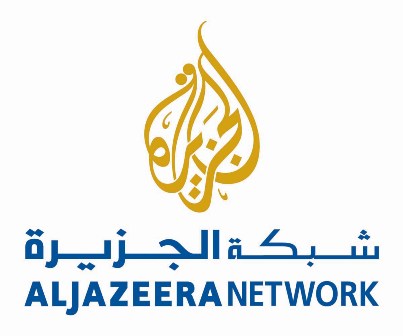 In February 1991, a year after the collapse of the Soviet Union, CNN inaugurated the era of global TV by covering Operation Desert Storm, bringing to the world’s drawing rooms, on live TV, the defeat of an Arab country. The BBC World Service TV was launched in April of that year.

If a nation is at war, its media will automatically become part of the war effort. Since, the US and its allies have been in a state of conflict almost continuously since Operation Desert Storm, BBC and CNN have had to pay a price for their unbroken spell of patriotism. Their credibility has plummeted, particularly in Muslim countries.

Even when the US or NATO were not involved in a conflict, the sanitized coverage of, say, the Bosnian war or the two Intefadas impacted differently on Muslim and non-Muslim audiences worldwide.

Samuel Huntington’s Clash of Civilizations would have remained a dark prophecy had the global media, BBC and CNN, not excavated deep along the civilizational fault lines to give it credence. After 9/11, and the manner in which the war on terror was conducted and covered, divided the world totally.

It was during this period that the Muslim Brotherhood grew exponentially in Egypt; Nekmetin Arbakan’s Islamist Refah party came to power in Turkey. The Kemalist army snuffed him out, just as the Egyptian army has snuffed out Mohamed Morsi. Teyyep Erdogan and Abdullah Gul are Arbakan’s spiritual descendents but packaged for a secular, Kemalist constitution. On them later.

Much more than the one sided coverage of conflicts, the anger among Muslims was on account of a suffocating absence from their TV screens of views they could identify with.

This was an enormous gap which Al Jazeera stepped in to fill. Its coverage was professional and thorough exposing BBC and CNN as vehicles of Western propaganda. Its viewership crossed 65 million in the early stages of the occupation of Afghanistan and Iraq.

A rattled Western war machine bombed its offices in Kabul and Baghdad. The channel’s credibility was sky high when it telecast Osama bin Laden’s taped interviews. This kind of “scooping” was so totally against the current that a question mark did stick to its image.

Then came the Arab Spring. In February 2011, King Abdullah of Saudi Arabia mobilized the monarchies, sheikhdoms and Emirates to join hands first in Libya and then in Syria to affect regime change. Otherwise, Peoples Power would consume the monarchies, including the Emir of Qatar.

That is when the Al Jazeera’s enormous credibility was placed at the disposal of less than credible military operations in the two theatres – Libya and Syria. Somewhat carried away by his role in the region, the Emir began to play a larger role linking the Brothers in Egypt, Gaza (Hamas), Turkey, Syria and Tunisia. He stepped on Saudi toes by trying to mediate between Afghan groups.

If there is one group the Saudis suspect more than Iran and Shiaism, it is the Muslim Brotherhood. Iran is an outside power. Brothers are available even within Saudi society and they are opposed to monarchies.

So, the coffers of the House of Saud have been opened for Gen. Abdel Fattah el Sisi to break the back of the Brothers. Al Jazeera, which became a mouthpiece for the Brothers during the year that Morsi was in power, is in the process of packing up its bags in Egypt.

Just when Al Jazeera’s partisan coverage in Libya, Syria and in Egypt caused it to barter away the hard earned credibility it had built up since 1996, new avenues have opened up for the channel in the West. All legal hurdles have been removed from its path in the US and Britain. Yes, there will be an Al Jazeera in the US and in Britain. Some day we should decode the real story: whose baby is Al Jazeera?

Saeed Naqvi is a senior commentator on political and diplomatic affairs. (IANS)