New Delhi: India’s wholesale price-based inflation jumped to 5.79 percent in July, the fastest pace in five months, due to a sharp rise in the prices of food items and fuel, government data showed today. 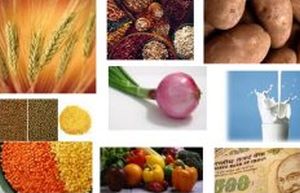 The headline inflation measured in terms of the Wholesale Price Index (WPI) accelerated to 5.79 percent in July as against 4.86 percent recorded in the previous month.

Inflation was recorded at 7.52 percent in the corresponding month of last year, according to data released by the ministry of commerce and industry here.

Food inflation soared to 11.91 percent during the month under review as compared to 10.17 percent recorded in the corresponding month of last year.

The price of rice soared by 21.15 percent and cereals became costlier by 17.66 percent. Wheat prices jumped by 13.42 percent. However, pulses were 7.39 percent cheaper.

High diesel prices pushed up fuel and power inflation to 11.31 percent in July 2013 as compared to 8.39 percent recorded in the same month last year.

Diesel became costlier by 26.34 percent. The cooking gas price rose by 5.78 percent and the petrol price rose marginally by 1.33 percent.

The annual inflation data for May was revised downward at 4.58 percent from 4.7 percent reported earlier.

According to data released by the Central Statistics Office (CSO), retail inflation based on the Consumer Price Index (CPI) was recorded at 9.64 percent in July.