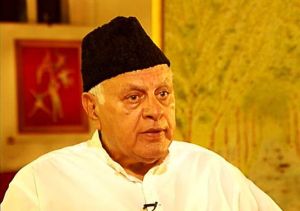 “We have a problem with Pakistan and you cannot settle that problem by war…so how you settle it, is by talking,” Abdullah told reporters outside parliament.

“If we stop dialogue process with Pakistan it will only strengthen our enemies,” he said.

Parliament is likely to pass a resolution against Pakistan after Islamabad passed an anti-India resolution yesterday.

Pakistan’s National Assembly or lower house of the parliament yesterday passed a unanimous resolution condemning what it called the “unprovoked aggression by Indian military forces” on the Line of Control (LoC) in Jammu and Kashmir.