Dehradun: The recent decision of the apex court of the country, banning all new hydro-power projects on the Alaknanada and Bhagirathi rivers in Uttarakhand till further orders, has been received with bouquets and brickbats in this small mountain state, depending on which side of the fence one is in – environmentalists or pro-developmental works. 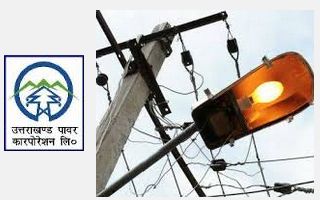 While it will definitely some as a setback to the state as such which was being promoted as a ‘power state’ of the country and revenue from power generation would be its main source of income, but apparently the June 16-17 tragedy in the Mandakini river in the Kedarnath valley, has weighed heavily on the minds of the Court while passing the order.

While environmentalists here claim that the orders of the apex court has given not only the state authorities, but even planners in the central government to bring about a healthy mix of development taking care of the environmental concerns, pro-development lobbyists feel that the decision will send the state reeling back decades, as far as development is concerned.

The apex court has in its orders directed the union ministry of environment and forests to form a special committee, which besides officials of the Uttarakhand government will also include members from the Wildlife Institute of India, Central Power Authority, Central Water Commission, Wadia Institute of Himalayan Geology and other specialist organizations in the field.

The committee will after a detailed study report whether the existing and upcoming projects on the rivers have contributed to the deteriorating environmental conditions in the region and if they have than till what extent have they been responsible for the damage. It will also decide whether they were a contributing factor to the June 16-17 tragedy that hit this small mountain state.

The Court has also directed the National Disaster Management Authority to submit a report within three months stating whether it has formed any disaster management plan for the region and asked the central government to find out whether the 24 proposed hydro-power projects on the Alaknanda will have any adverse impact on the aquatic and other flora and fauna.

However, the pro-development works lobby, feel that the ban on the hydro-power projects will take away the biggest natural resource that the state has for making Uttarakhand prosperous and undertaking various developmental works for the welfare of its people. It will open new projects and provide employment opportunities to the unemployed youth, they contend.

Asserting that the small mountain state will be thrown 20 years back if the ban is imposed in letter and spirit for the times to come, they said that the worst to suffer will be the independent power producers who have invested hundreds of crores of rupees in their projects, which are now almost half complete.

They said that even the efforts of the Uttarakhand government to have work restarted on the projects that were damaged in the June 16-17 floods have received a setback., while the dreams of making Uttarakhand a ‘power state’ have been shattered. The state government had even picked up cudgels on behalf of some mega projects, which had been stopped by the centre earlier, but even these will go a begging now, they contended.