Srinagar: The weather office has forecast adverse conditions in the Jammu division today but said there would be an improvement in the Kashmir Valley. 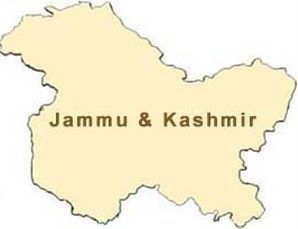 “Light to moderate rain would occur at most places in Jammu division, with isolated heavy rainfall in the next 24 hours,” Met office Assistant Director Farooq Ahmad Khan told today morning.

The official said the adverse weather advisory for Jammu division would continue in force for the next day, and people were advised to take necessary precautions.

Ten people have died in the Jammu region since Wednesday because of rain-related causes, after incessant rain ended in flash floods.

Meanwhile, the water level in all the major and minor rivers and streams in the Valley has started falling since Thursday evening.

Jhelum River, Sindh stream and other rivers and streams had been swollen because of incessant rain in the Valley that started Wednesday.

The local flood control department confirmed that there was now no threat of floods in the Valley.