New Delhi: Nitin Verma bought a travel insurance policy for his mother ahead of her US visit as a precautionary measure. But when she died during her two-month trip, the insurer refused to pay up, claiming her pre-existing disease at the time of taking the policy was not disclosed. 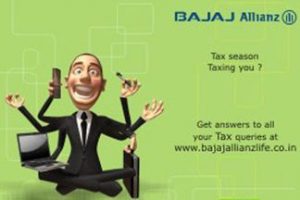 Then began Verma’s tussle with Bajaj Allianz General Insurance, whom he dragged to the consumer court for deficiency in service. The National Consumer Disputes Redressal Commission has now directed the insurer to pay him over Rs.5 lakh, including compensation and litigation costs.

Over two years after the death of Verma’s mother, Suman Verma, the insurance company’s bid to escape liability by repudiating the claim has backfired. The commission’s presiding member, K.S. Chaudhari, and member B.C. Gupta, in a recent order, directed the insurance firm to pay $10,659 (Rs.4.75 lakh at May 2011 rates) along with Rs.30,000 as compensation and Rs.15,000 as litigation costs.

The national commission upheld the findings of the district forum and State Consumer Disputes Redressal Commission, Chandigarh, on the liability of the insurance firm towards the family of the policy holder.

The national commission dismissed Bajaj Allianz General Insurance plea that the interest awarded by the district forum appeared to be harsh and penal in nature.

But the national commission agreed to offer partial relief to the insurance company on its plea. It modified the district forum’s decision related to the date from which interest was to be imposed on the company in the event of non-payment of compensation to Suman Verma’s family.

“The date June 2, 2011, mentioned in the order of district forum is modified by the date June 27, 2012, and revision petition stands dismissed for rest of the reliefs,” the national commission said.

The insurance company now has the option of challenging the national commission’s decision in the Supreme Court.