Shimla: At least eight people were killed and 52 injured when a state-run overcrowded bus skidded off the road and fell into a 200-metre deep gorge in Shimla district today, an official said. 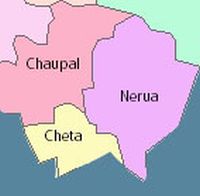 The accident took place near Nerwa in Chopal tehsil, some 120 km from Shimla, an official said. The accident spot has witnessed heavy rains.

Seven bodies were recovered from the wreckage of the bus while the injured were taken to hospitals, Deputy Commissioner Dinesh Malhotra told.

The bus, ferrying passengers from Shimla to Pehlog, was overcrowded, one of the survivors told police.

Witnesses said the bus driver probably lost control over the vehicle when he was trying to reverse it to make way for a vehicle coming from the opposite side.

Rescue workers said the death toll could rise. Most of the injured have been admitted to nearby hospitals.

Most victims were from nearby villages of Nerwa. The dead included two residents of Uttarakhand and one from Bihar.

Eyewitnesses said the administration had a tough time extricating the victims from the badly mangled bus.

It took hours for rescuers and police to climb down the mountain and bring up the bodies. Even the rainfall in the region hampered the rescue operation, police officials said.

The locals began rescue operations even before authorities reached the spot.

Expressing grief, Chief Minister Virbhadra Singh ordered a magisterial inquiry and announced a compensation of Rs.100,000 for the next kin of the dead.

Chopal, adjoining Uttarakhand, is one of remotest places in the state and scarcity and low frequency of passenger buses often leads to overcrowding of the vehicles.