Shimla: Himachal Pradesh has failed to root out the social problem of child marriage, with 15 reported from five panchayats alone in Sirmaur, one of state’s backward districts, from December 2007 to November 2011, the government has admitted. 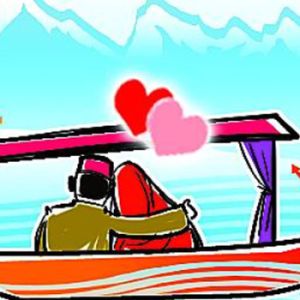 In an affidavit dated June 18, 2013, in the Himachal Pradesh High Court, the state government admitted that 15 child marriages were solemnized in the Khud Drabil and Jarag panchayats in Sangrah block and the Chandni, Kathwar and Kodga panchayats in Paonta Sahib block.

It also said four infant deaths, three child deaths and four dropout cases were reported in these panchayats during this period. There was however no case of child labour.

The court’s direction came after treating a baseline survey conducted by NGO People’s Action for People in Need as a public suit.

The government affidavit says the five panchayats covered by the NGO in its survey have a population of 7,942 as per the December 2011 records.

“Peculiar practices with regard to institution of marriage exist in Sangrah and Shillai areas of Sirmaur. However, with the passage of time, there is a declining trend but not fully extinct,” the affidavit said.

Customary provisions, including polyandry and polygamy, are still widely prevalent in the community as a whole in the areas across the Giri river, adjoining Uttarakhand, it said.

The customary practice of “Har chali gayi” or “girl went to her in-law’s house” is quite prevalent there.

Under this practice, during fairs and festivals, commonly in January, relatives and near and dear ones visit each other’s houses and stay as guests.

It so happens that when a girl visits a house and a boy in that family becomes her choice, both of them share their liking and start residing together irrespective of their age.

Sometimes the girl delivers a child with the acquiescence of the parents and the community.

The marriages are later solemnized and registered with the local authorities when the couple attains majority, the affidavit says.

It says seven out of 15 child marriages in the surveyed panchayats were performed by following the “Har chali gayi” practice.

NGO director Kuldeep Verma said the government conducted the survey only in those panchayats where its study was focussed.

“All these five panchayats are connected with roads. There are numerous panchayats in Sirmaur that are not accessible and where the customary provisions are more prevalent. We need to draw up action plans to crack down on child marriages,” Verma told.

Besides Sirmaur, he said, the tradition of child marriage is also prevalent in other districts like Kupvi in Shimla, Tissa in Chamba and Chhota and Bara Bangal in Kangra. “It’s hard to know the exact number of child marriages as many go unregistered.”

The union ministry of women and child development, in its latest report, said 14 percent of girls in Himachal Pradesh get married before they turn 18.

The high court, while disposing of the NGO’s petition, observed July 23: “Since the issue is of great public importance and the department is committed to take measures to eradicate the social backwardness and social evil practices, as is assured in the reply-affidavit, we dispose of this petition.”

The bench however gave liberty to the petitioner to take recourse to appropriate remedies, including a fresh suit, to bring to the court’s notice the continuation of such medieval practices.