Shimla: Eight people were killed and 12 others injured when their vehicle skidded off the road and fell into a gorge in Himachal Pradesh, police said today. 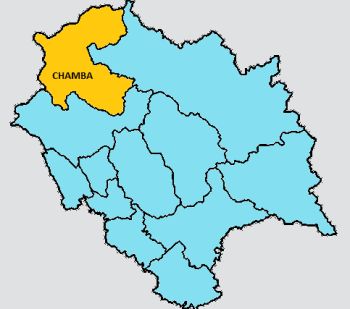 The victims were travelling in a commercial multi-utility vehicle when the accident occurred yesterday evening in Salooni area of Chamba district, some 500 km from here, a police official told.

Four bodies have been recovered from the wreckage of the vehicle, while four people died while being taken to hospital, he said.

Some of the injured have been hospitalized in Zonal Hospital in Chamba, 50 km from the accident spot.

Most of the victims were locals. The cause of the accident is yet to be ascertained, police officials said.

Eyewitnesses said bad condition of the road owing to recent heavy rains was mainly responsible for the accident.

Chamba is one of remotest places in the state and scarcity and low frequency of passenger buses in the district leads to overcrowding of vehicles.

This was the second major accident in the state in just two days.

Ten people were killed and 52 others injured when an overcrowded state-run bus skidded off the road and fell into a 200-metre deep gorge in Shimla district on Tuesday.