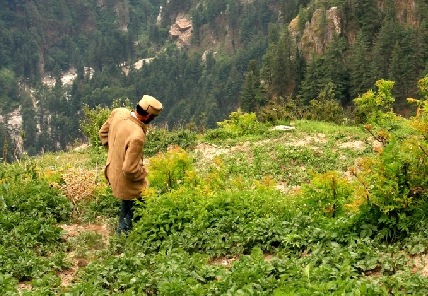 Talks of legalizing marijuana are a dime a dozen.

And I am fine if you can get medical weed in California for your glaucoma, or if the Neds have had it for a bazillion years and their country is still intact (which is based on the presumption that a country would fall apart if marijuana is legal!!! Seriously, nuke much).

Hard hitting ground realities are, selling of tobacco products to minors is banned, so is selling cigarettes within 100 meters of a school and the legal age to drink is 25. While the first statute is respected only as a signboard prominently displayed outside of every panwallahs shack, the second is disobeyed with gross impunity while the third is………well it’s a joke.

How many of us really had our first drink after 25?

Any economic benefit that is to be had from legalizing the drug would only end up as an economic healthcare burden in the long run in form of sick days and lost youth.

And mark my words, pure black gold. Legalizing would bring more people to cultivate it for the easy money initially but as supply increases, the demand would eventually get saturated (which it would hopefully, unless people start smoking exponentially, in which case we are screwed anyways) and margins would shrink.

We all know a bumper crop is almost if not equally bad for farmers without government support. That’s when the need to create more demand would emerge. While you can’t create more demand for potatoes and sugarcane, Marijuana is no ordinary cash crop. It has a psychological dependency factor to it. And that’s where big tobacco steps in.

Phillip morris, WD and HO wills and the likes with their surrogate advertisements, extensive supply chains and deep pockets would want everyone in the biggest democracy of the world to smoke the exotic cream cigarettes from Kullu. It would take a few months for corporate takeover of the new-found weed industry and it will not be for the good. A lot of signboards saying selling of marijuana products to minors is a punishable offense would be made while schoolgirls would take hits from a bong.

The question to be asked is, can the policymakers really not let that happen?

Can they really……REALLY enforce the laws which they make. The answer stares us in the face while we fall back to the high ground, the pseudo intellectual plain, the figs leaf, of legalization rather than picking up the gauntlet and doing what needs to be done about the pestilent marijuana menace. If we can’t think it through, we may as well not think about it at all.