Dehradun: The toll figure in the macabre tragedy that hit char dham yatra over a fortnight back has been put at anywhere between some hundreds to a some thousands. But now with chief minister Vijay Bahuguna making it clear that all those who do not return by July 15 will be considered dead, the authorities will be able to reach to a final figure.

The number of missing is also varying from about 3000 to about 4500. While the state government authorities put the number of missing at about 3000, as per the FIRs lodged at different police stations of this small mountain state, the figure comes to a little over 4500. This figure also includes the 1227 children who have been reported missing.

Apparently the reason for the chief minister to declare July 15 as the deadline by which all the missing persons would either report to their near or dear ones or to the state authorities, otherwise be taken as dead, is the fact that all evacuation work from the various upper reaches of Uttarakhand, including the interiors, has been done.

In fact the chief minister said that considering the magnitude of the crisis, a decision had been taken by the state ca binmet that at the most July 15 be taken as the date by which the missing persons should return. Failing this they will be presumed to be dead and the process of paying compensation to the next of kin will begin, he added.

Commandoes have also fanned out to the inaccessible areas in the interiors of the upper reaches in the hope that some survivors may have taken shelter in the caves or tunnels and would be looking for rescue and relief operators to take them to safety. But a month of survival with all odds against them, including the wild animals, seems highly doubtful and hence the cut off date.

Meanwhile reports reaching the state headquarters said that a large number of vehicles were lying abandoned and in near wreckage condition along the char dham yatra route. In many cases the owners had somehow managed to save themselves and some how reached Dehra Dun safely, leaving their wrecked vehicles behind.

Even as efforts were being made that the vehicles that are in road worthy condition are kept properly and efforts made to trace their owners with the help of the number plates, so that they can be duly informed, but in a majority of the cases the vehicles are write off having been battered to wreckage by the flood fury.

Incidentally the incessant rains that have lashed Uttarakhand today and are likely to continue for at least the next 48 hours have brought the supply position to a virtual standstill as the vehicles with relief material have been stranded and the few choppers that are now being deployed have not been able to take off.

This has made it specially hard for a large number of villages in the interiors which are cut off by road and have been sending SOS for food, as all that they have been able to receive are the few water bottles and biscuit packets that could be air dropped to them. Efforts to send ration to quite a number of villages could not materialize because of their location and other topographical constraints. 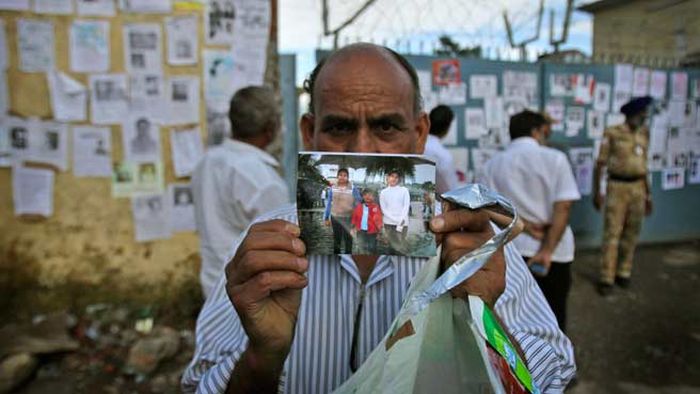