Dehradun: While the state government may have worked overtime to evacuate the thousands who were stranded in the higher reaches of the state following the deluge of June 16, there are fears that about 2,000 to 3,000 mules and horses may be stranded at these places, hundreds of them in areas where they are without fodder. 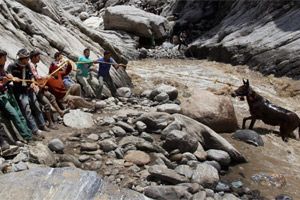 Mules are the lifeline for pilgrims going to Kedarnath shrine, but to prevent there being uncontrollable number of animals the apex court had limited the licensed operators go about 4000. One operator was plying about four mules or horses and as such it is believed that when the tragedy struck, there were about 16000 animals.

According to Mr. Manu Sabherwal, Trustee Uttarakhand unit, of People for Animals most of these animals were either at Gauri Kund, Kedarnath or at Ram Bara on the fateful day as there was a strike of the mule operators and helicopter services on those days. Most of the mule owners had either camped at Gauri Kund or Ram bara, while some were at Kedarnath, he said.

He said that it was generally being presumed that about 6000 or more of the animals had been washed away, while about 4500 were rescued at great odds. “Most of the rescue work was done by the owners of the animals, their drivers or the locals, as the mules or horses were literally the bread providers for a large number of families living in villages in the immediate vicinity”, he added.

Sabherwal said that a positive aspect of the animal is that they are not only very sturdy on their feet, and as such the difficult terrain would not be a hindrance, but they are also very good at finding paths in the mountain heights. Because of these two aspects it is being generally believed that the animals which were not swept away, must have reached to safer places, he claimed.

However, he said that the problem is that a large number of them are now stranded at placed where there are no alpine pastures and were at difficulty finding fodder. “While reports are that some of the animals stranded at such places have died for want of fodder, the strange thing is despite knowing the position, the authorities have made no efforts to air drop fodder at places where herds of these animals are stranded without any way out”, he pointed out.

Asked why the animals who are so used to moving in the mountain paths and adept at finding their way could not reach down to habitats or safer places, he said that the Mandakini stream had made deep trenches following the floods and there are other streams where the water flow is very swift which the mules or horses cannot cross. “The authorities have made provisional bridged for men, but none for animals which is why they cannot come out”, he maintained.

Asserting that a team of People for Animals, comprising Gauri and Pulkit had reached Kedarntah to know the real picture, Sabherwal said that there are about 1000 animals scattered at the heights in and around Kedarnath, 250 at Ram bara, 350 at Jhingorpani, while there are another 1600 in the Hemkund sahib area, of which 800 are in a no fodder zone.

He said that are about 50 animals, including some cows and bulls that are stranded in the Kedarnath bazaar area, where there is simply no fodder and it is a matter of time that all of them will die unless some immediate arrangements for fodder are made. “There is immediate need to air drop fodder for these animals and other horses and mules that are stranded in no fodder zones”, he stressed.

Sabherwal said that the economy of the region has been shattered following the deluge and the fact that the char dham yatra may not be revived for another couple of years. Under these circumstances it is all the more necessary that the animals are saved so that their owners can put them to some other use to earn a livelihood, and also the fact that one animal costs an astronomical amount, which the villagers can ill afford after the tragedy, he pointed out. 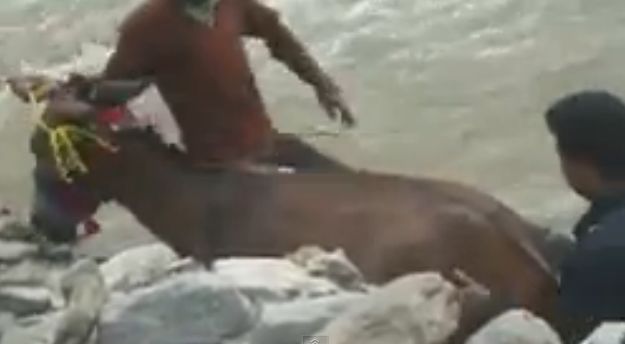