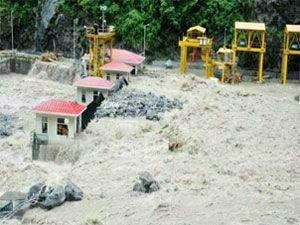 Lucknow: Ever since Uttarakhand was carved out of it, Uttar Pradesh has never been on the best terms with the hill state. The big brother has refused to play ball on contentious issues like division of properties, revenue records and the like. But the disaster in Uttarakhand has changed all that.

As Uttarakhand was hit by a Himalayan tsunami last month, Uttar Pradesh showed unlikely compassion and promptness in helping out the calamity-hit neighbour, setting aside disputes of the past.

And for once, Akhilesh Yadav’s Samajwadi Party government, often accused of inertia, seems to have done fairly well in reaching out to Uttarakhand in its worse ever crisis.

Not only did Uttar Pradesh rush a medical team, it also set up relief centres in three places and asked the Moradabad divisional commissioner to oversee the relief operations on the borders with Uttarakhand.

The chief minister promptly sanctioned Rs.25 crore, the highest by any state government across India, to help Uttarakhand, where over one lakh pilgrims and tourists were stranded on the route of the Char Dham Yatra.

Then, in an extraordinary step that took many by surprise, Akhilesh Yadav directed his officials to immediately release, in one single installment, the Rs.350 crore which had been pending for four years over payment of pension to state government employees who were part of Uttar Pradesh when Uttarakhand was carved out in 2000.

The funds were a bone of contention between the two states for a decade. Even after reaching a consensus on the amount to be paid to Uttarakhand, Uttar Pradesh had been sitting pretty since 2009.

“The decision to release Rs.350 crore not only showed compassion but also statesmanship,” one official here pointed out.

The chief minister marshalled his party legislators, cabinet colleagues and leaders of the Samajwadi Party to give Rs.10 lakh each from their respective constituency development funds and Rs.50,000 each of their own money.

The ministers were told to donate Rs.1 lakh each. The chief minister himself donated a month’s salary to the Uttarakhand relief fund. Strangely enough, no one seems to know how much this is.

“This is exemplary leadership in times of crisis and Akhilesh Yadav has led by example,” Prisons Minister and SP spokesman Rajendra Chowdhary told IANS.

In the past 10 days, more than Rs.4 crore has been deposited in the Chief Minister’s Relief Fund, with the Lucknow police, government officials, the UP Electronics Corp and others also chipping in with funds.

Uttar Pradesh has also sent 15 doctors and a fleet of 45 buses to ferry people out of Uttarakhand.

The Bharatiya Janata Party has donated Rs.55 lakh and relief material while senior Congress leader Pramod Tiwari has donated 13 months of his salary for the relief operations.

“For almost a decade, we have viewed Utar Pradesh as a powerful big brother throwing its weight around. But during this tragedy, the perception has changed,” said a senior official overseeing the relief and rehabilitation process in Uttarakhand.