New Delhi: The Delhi High Court today extended till July 22 the interim bail of former Haryana chief minister Om Prakash Chautala, who has been sentenced to 10 years in jail for irregularities in appointment of teachers in 2000. 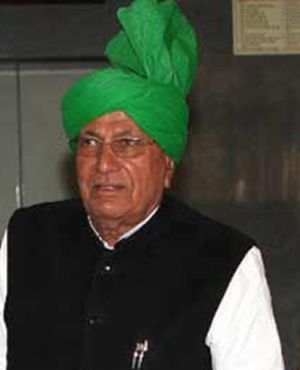 Chief of Indian National Lok Dal (INLD), Chautala had moved the bail plea for extension of his interim bail. He was granted interim bail on May 21 for pacemaker implant surgery at Gurgaon’s Medanta Hospital — the bail period expires July 4.

Filing the plea, Chautala had said that his pacemaker implantation was done on June 3, and the doctor had advised regular check-ups for three months.

“He continues to be in a fragile state of health, besides being severely handicapped by various disabilities. He requires constant extra care during the period of three months and regular follow-up. He also needs a clean, stress-free environment,” the plea said.

The 78-year-old Chautala also sought the court’s permission to visit his native village, Chautala, in Haryana.

The plea added: “It is prayed that the interim bail granted to appellant (Chautala) be suitably extended and he may be permitted to reside with his family at his native village Chautala in Sirsa district of Haryana after discharge from the hospital.”

Apart from the heart ailment, Chautala also suffers from other age-related problems.

A trial court in the capital had sentenced Chautala, his son Ajay Chautala and eight others to 10 years in jail. One convict was sentenced to five years in jail, while 45 others were each handed out four-year jail terms.

Chautala and the other accused were found guilty of illegally recruiting 3,206 junior basic trained teachers in Haryana in 2000.