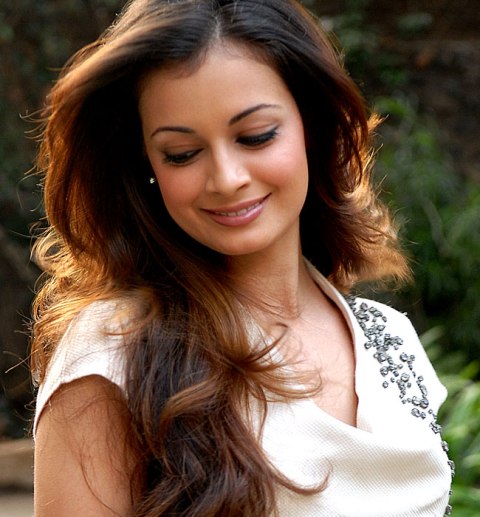 She was a teenager when she won the coveted Miss Asia Pacific title in 2000 and, since then, Dia Mirza has been smiling away as an actor, social worker and now, as a producer. But she is glad that she has been able to evade the “pretense” which often comes with stardom.

“Stardom sometimes can bring a lot of pretension in your life. I’ve noticed that a lot of people around you change, and that is scary. I’ve tried to stay the same,” Dia said in an interview to IANS.

“It (stardom) has bothered me. I will be dishonest if I say it hasn’t. But it hasn’t overwhelmed me or destroyed me,” added the 31-year-old, who battled relationship rumours, comparisons and competition to come into her own in the multi-billion dollar Indian film industry.

“I have given my shot to acting,” she said, opening up about broadening her horizons within filmdom through her movie production banner Born Free Entertainment.

“I gave a good 10 years to acting. Now my horizons are expanding and I’m exploring myself. I’m optimistic and happy with my company.

“Cinema is my passion, but I will not destroy my self-esteem by being a part of films which I am not a part of,” she added.

Dia made her Bollywood foray with “Rehnaa Hai Terre Dil Mein”. Her endearing smile did wonders for her, and she went on to feature in several films like “Tumko Na Bhool Paayenge”, “Tumsa Nahin Dekha – A Love Story”, “Parineeta”, “Dus” and “Lage Raho Munnabhai”.

But she couldn’t match the success of Lara Dutta and Priyanka Chopra, who bagged the Miss Universe and Miss World crowns respectively in the same year as Dia. She agrees, and says it is only her audience’s perception that has mattered to her.

“I’ve never been crushed by the industry’s perception. I’ve always been motivated by the audience’s perception. People love me, and no one can change that. From where I came and how I started, I’ve got more than what I could have asked for. I have only gratitude.

“But if you compare me with my contemporaries, then maybe I didn’t do many big films, or I did big films, and they didn’t do well,” said the actress.

Dia is only bothered about competing with herself.

“If there’s fear, you will never grow. When you are competing with other people, you have fear and then you can never grow,” she said.

She says film offers never stopped coming to her. But “nothing” was “exciting” enough.

“There are so many young girls who have come into the industry now who have been a part of successful films. I think all the new and good filmmakers are looking to cast them. This can be extremely terrifying for an actor,” she quipped.

But she is undeterred.

Dia believes people will remember her for her hard work, and says that she finds solace in indulging in social work.

“The one thing which I have earned which no one can take away from me is my hard work. My social work gives me so much inspiration. It is much more than what my films have given me,” said Dia, who works with different organisations and causes for society’s benefit regularly.