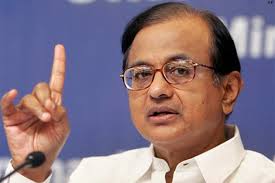 Washington: Pitching for US investment in India, Finance Minister P. Chidambaram has assured US corporate leaders and lawmakers that India is committed to ensuring a transparent, fair and non-discriminatory investment environment for foreign investors.

While some concerns have been expressed about the current business environment in India, the policies adopted by the India are pro-growth and compliant with the World Trade Organization (WTO) rules, he told Senate Finance Committee chairman Max Baucus Wednesday.

As they exchanged views on the global economic situation, Baucus, according to Indian Embassy officials, fondly recalled his first visit to India as a young student in the 1960s and his meeting with Prime Minister Jawaharlal Nehru.

Chidambaram, who is on a four-day visit to the US, also met with CEOs and top management officials of a number of American companies, including Microsoft, Lockheed Martin, Boeing and International Lease Finance Corporation (ILFC).

He emphasised the need for US companies to set up local manufacturing bases in India, saying “it is in the mutual interest of both countries for India to become a large manufacturing economy”.

In discussions focused on the current business and investment environment in India, the issues highlighted by the US companies included transfer pricing relating to profit allocation and, taxation.

The impact of the comprehensive immigration reforms recently passed by the US Senate on future business prospects of Indian Information Technology (IT) companies operating in the US was also discussed.

He also met with the chairman of the US Ex-Im Bank, Fred Hochberg and other senior officials of the Ex-Im Bank Wednesday.

All three will be making a pitch for India and addressing US corporate leaders’ concerns about the business climate in India at the forum representing over 350 US companies doing business with India.