The decision of the government’s Cabinet Committee on Security to accord approval for the Indian Army to raise a mountain strike corps is long overdue but welcome. India’s disputed territory and borders, both with China and Pakistan, are in the mountains. Firing incidents are common along the Line of Control in Jammu and Kashmir and an undeclared war continues on the glaciated Siachin. Oft reported Chinese intrusions too take place in the high Himalayas. Areas of Pakistan-occupied Kashmir, Aksai Chin, and the Indian territory illegally ceded by Pakistan to China are also in the desolate mountainous regions. Therefore, the relevance of disputed territory and the border will continue to remain India’s primary concerns. 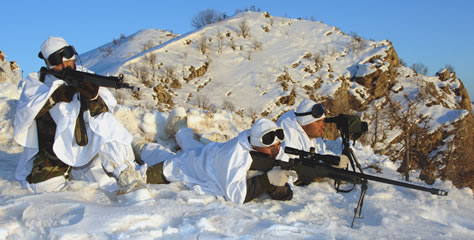 In the years ahead, China will continue to pose strategic challenges. T“e “Grand Cause of Re-unificat”on” is an unfinished Chinese agenda. Surely their claim lines in Arunachal Pradesh are part of this larger design. Should it lead to trials of combat, it can only be along our troubled borders in the mountains. In that context one must note that the Chinese doctrine “f “Limited War Under High-Tech Conditi”ns” relies “n “Active Defe”ce” and “n “Gaining Initiative by Striking Fi”st” and that China is not shy of using military power “o “Right the Wrongs of Hist”ry”. In so dynamic a setting, the proposed raising of a mountain strike corps strikes the right chord.

As a fall-out of the Chinese intrusion in Sumdo Rong in the mid-1980s, additional divisions were moved and deployed to strengthen our defensive posture along the Line of Actual Control (LAC) in Ladakh, North Sikkim, and in the sensitive Kameng sector of Arunachal Pradesh. Recent raisings of the mountain divisions also fall within the purview of our polic“ of “Dissuasive De”ense” and are at best the sectoral reserves to stabilize or to restore an adverse situation. But then, just as a boxer can never win a bout by merely having a good guard, so also in war, the possibility of a victory lies only in attack.

A mountain strike corps will serve many strategic purposes. Its mere existence will be deterrence against possible misadventures. In the process, it will provide greater stability to the ongoing confidence building measures along the LAC. The force capability will continue to pos“ as a “Threat i” Being” for an adversary to be wary of. The presence of this strategic reserve in a theatre will foreclose some of the aggressor’s options. In the event of a war, it will provide a credible riposte capability. And, of course, though equipped and trained for the mountains, it could also take to field in the plains should the situation so demand.

To enable this powerful military asset to flex its muscles, a range of associated activities also need to be attended to. First, to field this force, our infrastructure along the border areas would need substantial improvements – construction and improvement of roads, revamping of forward airfields and helicopter bases, development of facilities for the deployment of rockets and missiles, upgraded communication facilities and the creation of logistic installations to sustain the force. We would do well to hurry and be timebound since, on these counts, China has already stolen a march on us in the Tibet Autonomous Region.

Second, the existing mountain formations suffer from a number of shortfalls that have been debated within the army since long. The strike formations must not turn“out to be “More ”f the Same”. To be able to deliver a decisive punch, the proposed mountain strike corps must be augmented by an array of force multipliers such as special forces, long-range guns, rocket batteries, missiles, lift capability for heliborne operations, air defense resources, dedicated means for all-weather surveillance, wherewithal for electronic warfare and the like.

Third, taking note of the Chinese doctr“ne of war “Under High-Te”h Conditions”, the equipping policy and the equipment profile of this force must remain in step, if not ahead, of the modernization programmes of the Chinese PLA. Thus, if and when launched, the strike formation must be able to establish not only the force superiority but also technological ascendancy in the battlefield.

Fourth, China is a nuclear power. Therefore, the strike forces venturing deep into the enemy territory must be trained and equipped to operate in the backdrop of a nuclear environment. While on the subject of the nuclear threat here is a point of clarification – it must not be the operational commander’s burden to worry about the opponent’s nuclear threshold. The responsibility of fine-tuning this brinkmanship must be that of the political leadership.

Fifth, the aspect of jointmanship. The growing relevance of land-air battle in the modern battlefield cannot be over emphasized. For the success of its offensives, and to enhance its operational reach, the mountain strike corps would rely heavily on the well calibrated application of air power. Therefore, the army brass would do well to incorporate the Indian Air Force into their plans from the very inception. That would also give the air force the desired lead time to evolve its own strategies to match the army’s aspirations.

Lastly, in the game of powerplay, nations know how to send and read signals. In that context, the creation of this strategic offensive capability will generate the right signals for our neighbors to read. These signals must be backed by resolute political will ready to use military power to protect territorial integrity. For, if indifferent is the note of the bugle call who shall take to arm?

by VK Shrivastava is a retired major general and a former senior fellow of the Institute for Defense Studies and Analyses. The views expressed are personal.